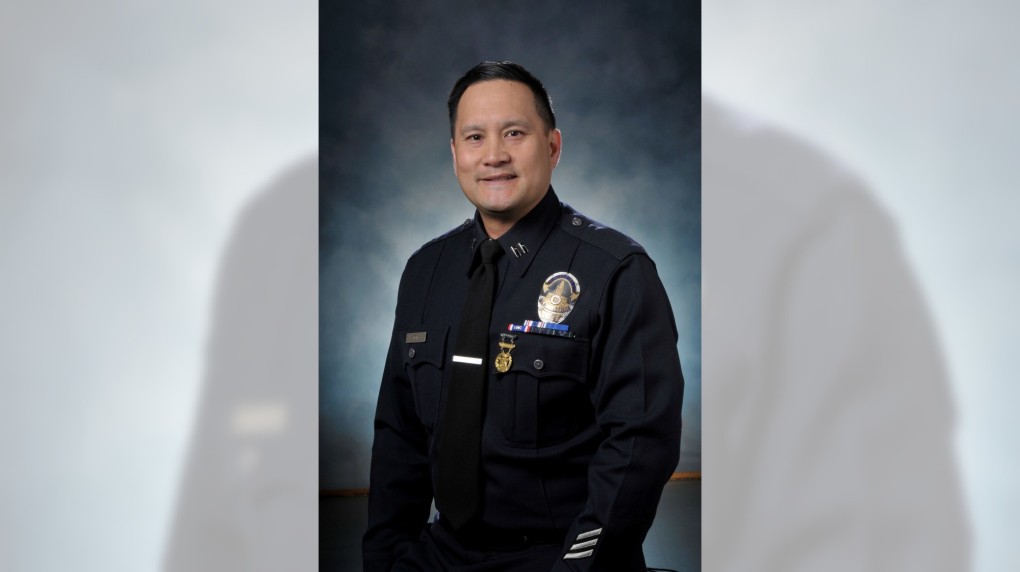 A Los Angeles police captain and his wife are suing the city, alleging a fellow LAPD captain and others conducted a search of his Long Beach home in 2021 — knowing he would be absent and that only his wife and minor son would be present — as part of the city’s investigation into gun sales and the conduct of employees and managers at the Los Angeles Police Athletic Club.

The Los Angeles Superior Court complaint brought by Officer Jonathan Tom and his spouse, Yoomi Tom, also names as defendants the Athletic Club — where Tom bought a gun in 2019 — and LAPD Capt. Lillian Carranza, who is herself suing the city for sexual harassment, alleging a photo of a nude woman was passed around the force that some in the LAPD falsely claimed was her.

A representative for the City Attorney’s Office could not be immediately reached.

In his role as an LAPD command staff officer, Tom manages and supervises the law enforcement duties and responsibilities of about 250 law enforcement officers and civilian support staff, the suit states. A third-generation Chinese-American, Tom is one of the most senior Asian-American sworn employee within the department, according to his suit.

In November 2019, Tom bought a handgun at the Athletic Club, filled out the required government forms, paid for the weapon and took possession of it after the required 10-day waiting period, the suit states. The Athletic Club, located in Elysian Park, primarily serves law enforcement officers.

However, an Athletic Club assistant manager embezzled the money that Tom paid for the handgun, the suit states. In response, Carranza, head of the LAPD’s Commercial Crimes Division, had interviews conducted of a number of LAPD police officers to determine if they had purchased any of the handguns that were not logged in the Athletic Club sales system and were missing and embezzled by the assistant manager, the suit states.

Tom, who underwent several interviews, voluntarily turned over the gun he bought at the Athletic Club and cooperated with investigators, the suit states.

The suit does not dispute the validity of the warrant, but alleges those involved “strategically waited until (Tom) was known to be at work, where he was informed by his deputy chief that a warrant authorizing searches of his home, work office, work vehicle, personal vehicles and cell phone would be executed,” according to the suit, which further states that Tom’s wife and 11-year-old son were home at the time.

All of the actions were “overtly public and intentionally planned in order to directly subject (the Toms) to maximum humiliation, judgment and isolation from their neighbors, civilian staff and subordinate officers, peers, superiors and the general public,” the suit alleges.

Officials seized 63 firearms, many of which were family heirlooms, antique rifles and shotguns that Tom had received from his father, but none were related to the investigation, the suit states. No evidence was uncovered linking Tom to any crime with the Athletic Club or the assistant manager, the suit states.

Five days after the search of his home, a newspaper article about the Athletic Club scandal “strongly implied that there was an association or conspiracy between the (assistant manager) and Tom, who has never even been charged with any crime related to the theft of firearms or embezzlement” from the club, the suit states.

The information in the newspaper article “could have only been provided by someone who wrongfully believed they had the authority to disclose the facts of a confidential CCD investigation and had intimate knowledge of all the details of the CCD investigation, namely, Carranza, or others intimately associated with the investigation,” the suit alleges.