LAFD has enough COVID vaccine for all firefighters, but only 54% have opted for shot 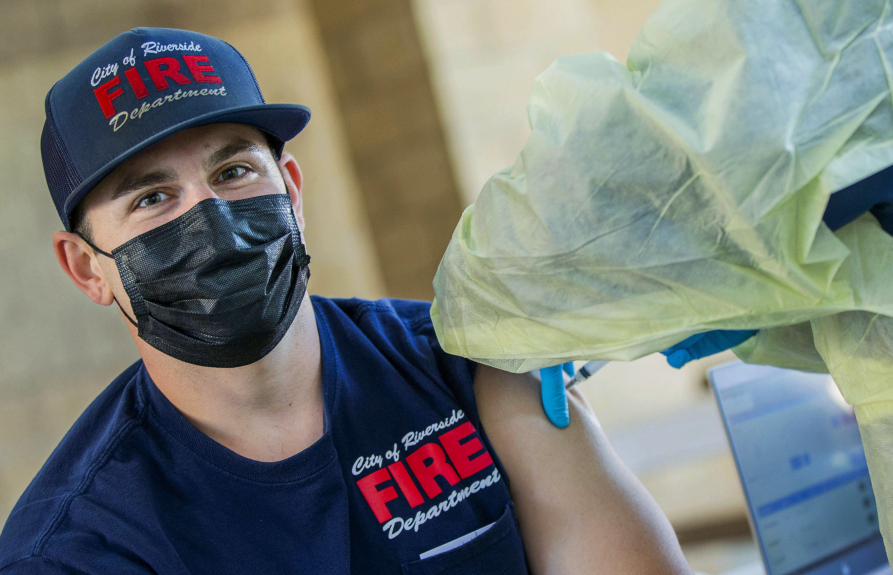 Though the Los Angeles Fire Department procured enough COVID-19 vaccines for nearly all its personnel, only about 54% have been inoculated, officials said.

The city announced on Dec. 28 that the Los Angeles Fire Department had received 3,200 doses of the Moderna vaccine, enough to vaccinate “virtually everybody” at the fire department, Mayor Eric Garcetti said then.

A survey of 1,400 fire department personnel around that time showed that 90% of firefighters at the time planned to sign up, according to Garcetti. The vaccine was offered to all firefighters over a two-week period.

“We are a reflection of our society, and so, that’s the same question you could pose to the general public, why people who are eligible are not getting the vaccine,” Ortiz told City News Service. “I would assume they have their own personal reasons.”

First doses of the Moderna vaccine remain available at designated fire stations for firefighters who want it. Second doses are also being administered to firefighters, and 933 had received both doses as of Monday, Ortiz said.

“Our firefighters are on the front lines of the fight against COVID-19 every day, and the mayor strongly urges any firefighter who hasn’t been vaccinated to take the shot as soon as possible,” Garcetti’s Deputy Communications Director Alex Comisar said in a statement.

According to Ortiz, 865 sworn members of the fire department have tested positive since the pandemic began. As of Thursday, 22 firefighters are in isolation with the virus, and 45 members who previously tested positive are no longer in quarantine but have not returned to work, Ortiz said.

The Los Angeles County Department of Public Health recommends people to get vaccinated even if they’ve already had COVID-19, but they should wait until their isolation period is over. Those who have received monoclonal antibody treatment, however, should wait 90 days before getting the vaccine. It’s unknown how many firefighters have not received the vaccine due to a waiting period following treatment.