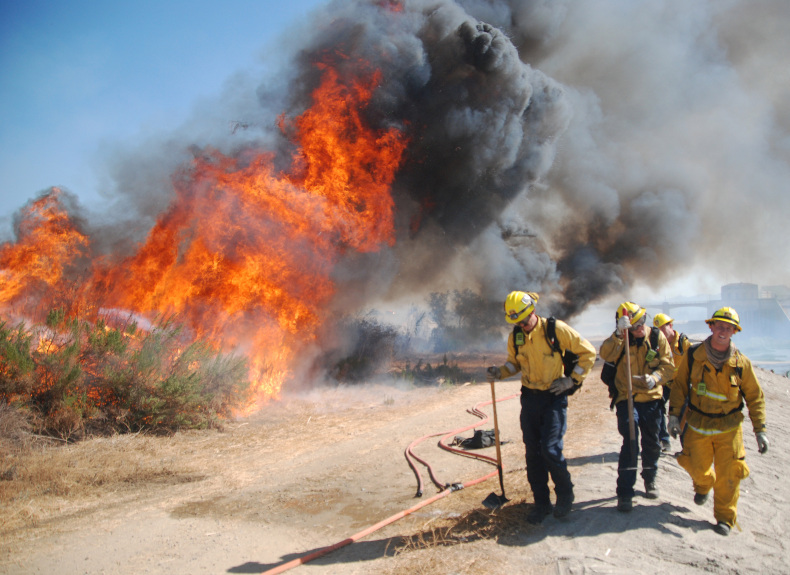 A brush fire in the Sepulveda Basin blackened about seven acres Friday and threw up a lot of smoke in the San Fernando Valley, but no structures were damaged.

More than 100 firefighters were sent to the 15700 block of Burbank Boulevard after the blaze broke out about 1:15 p.m. amid 100-degree heat. Aircraft also were deployed, according to the Los Angeles Fire Department.

Within about an hour, fire crews fully contained the blaze to seven acres of vegetation north and south of Burbank Boulevard near Woodley Avenue, the fire department reported.

Burbank Boulevard was expected to remain closed between Sepulveda Boulevard and Woodley Avenue as crews extinguished smoldering grass and brush.