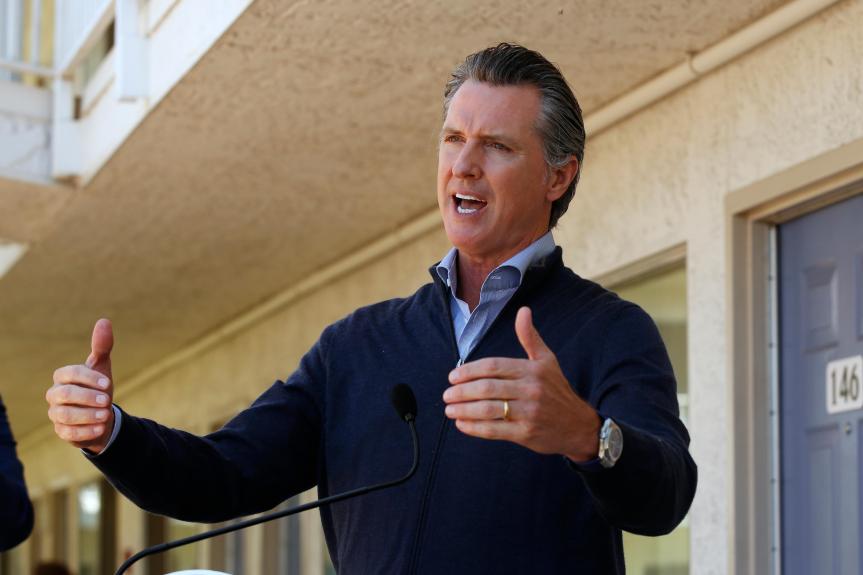 The Los Angeles County Board of Supervisors will consider a motion on Tuesday, Sept. 29, to purchase eight motels as part of a wider effort to provide permanent housing to homeless people, many of whom may otherwise be forced out of a temporary program that placed them into hotel rooms during the novel coronavirus pandemic.

The total purchase price for the properties, which include several Motel 6 locations and two separately owned inns, is about $70.8 million. To receive the Homekey funding, local agencies must provide a local match, which in this case is estimated at $14.7 million that will come out of Los Angeles County’s own coronavirus relief funds.

According to the motion posted by supervisors Janice Hahn and Kathryn Barger, the sites the county plans to purchase and turn into Homekey housing are:

If signed off by the Board of Supervisors on Tuesday, the purchase of the motels would be finalized with another vote on Oct. 27.

Under Roomkey, the precursor to the Homekey program, the Los Angeles Homeless Services Authority initially aimed to temporarily shelter 15,000 of the most vulnerable of the county’s more than 60,000 homeless people. The agency based that goal on the estimated number of homeless people in the county who were most likely to be severely affected by COVID-19 due to their age and health background.

By the end of the program, public officials had fallen short, with around 6,000 people sheltered temporarily in 4,000 or so hotel rooms.

But with the Roomkey effort being temporary, and most of the room leases set to expire at around 90 days, public officials were also faced with the challenge of not forcing people they have sheltered back onto the streets.

A recovery plan, led by the Los Angeles Homeless Services Authority, has been underway to secure more permanent housing options for people they have already helped, and for others who remain on the street, but who still need housing. Among the several housing options being worked out are the projects that may be awarded funding under Project Homekey.

A total of $600 million was set aside for Project Homekey, the majority of that funding, $550 million, comes from the state’s own share of COVID-19 relief funding, and the rest comes from the state general fund. Meanwhile, Gov. Gavin Newsom on Monday said he submitted a request to the state legislature to secure another $200 million for the program, which would pay for as many as 20 more Homekey projects.

Newsom announced one Los Angeles County project in Norwalk was getting $7.4 million in Homekey funding on Monday. It was unclear if that 56-unit facility is among the hotels the Board of Supervisors is set to take up on Tuesday.

The city of Los Angeles has also submitted applications for Homekey funding, and was awarded $48.5 million for five projects, including two in Hollywood, with a total of 269 units.