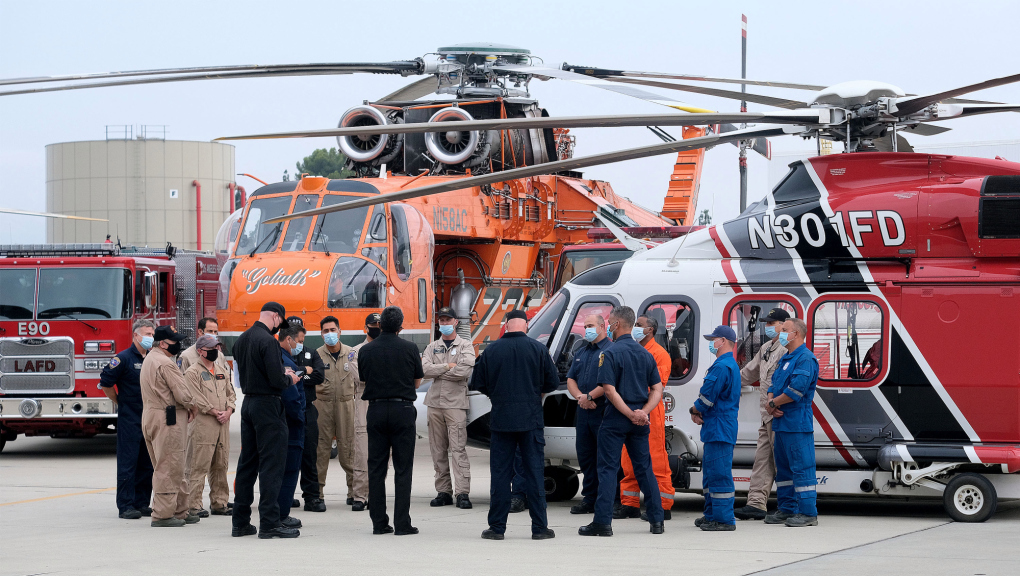 With hundreds of thousands of acres burning in Northern California and the Southland nearing its peak fire season, Los Angeles officials on Monday, Aug. 23 urged residents to do their part to prevent blazes from starting and spreading.

“As we’ve seen in the news each day, Northern California has multiple large brush fires burning. In fact, the frequency of these fires is outpacing last year’s record breaking season, which saw over 4 million acres burned. Therefore, it is now more critical than ever that the people of Southern California become prepared for wildfires,” LAFD Chief Ralph Terrazas said.

The Southland’s fire season peak occurs in November and December, Terrazas said, but he and Mayor Eric Garcetti noted that fire season is becoming an almost year-round way of life.

“Fire season is here, and that means we all have a role to play,” the mayor said. “This year we’re seeing more of the ingredients that fuel fires, that sustain wildfires — high temperatures, dry weather, strong winds — and as always we can see ourselves facing not just more intense flames, but as we’re learning year by year, a fire season that seems to almost never end.”

Garcetti urged Angelenos to review the city’s “Ready, Set, Go” protocols at lafd.org/ready-set-go, which include being “ready” by maintaining defensible space around homes through brush clearance year-round. It’s especially necessary for people who live in high fire hazard zones in the city’s hills and mountainous areas, he said.

The city’s “Ready, Set, Go” guidelines also encourage Angelenos to be ready by hardening their homes with fire-resistance building materials.

The four aspects of the “set” protocols include creating a wildfire action plan to evacuate family members and pets from a threatened home; assembling an emergency supply kit for each member of the household; filling out a family communication plan with evacuation and contact information; and signing up for alerts on lafd.org/alerts. People can also sign up for the city’s emergency alert notification system by texting “ready” to 888777.

The final step of the “Ready, Set, Go” plan calls for not wasting any time leaving if an evacuation order is issued. People should have their bags and kits already inside their vehicles, their pets located and loaded, and have clothes that will protect against the heat and embers, the city’s guidelines state.

Garcetti noted the importance of planning ahead of time.

“When the full force of a wildfire is upon you is not a moment to make a decision. That’s when people panic and decide to leave, but that’s how many of our fatalities occur, with people scrambling to leave their homes when it’s too late …,” he said. “I know this is scary stuff but we have to, as Californians, know these facts, prepare for them to protect our loved ones.”

Garcetti also encouraged all Angelenos to keep an eye out for fires and call 9-1-1 or report via the MyLA311 app if they see smoke or fire.

Councilwoman Monica Rodriguez, who chairs the City Council’s Public Safety Committee, encouraged people who have large animals like horses to register them with L.A. Animal Services so that those pet owners can receive information from the city on how to safely evacuate the animals.