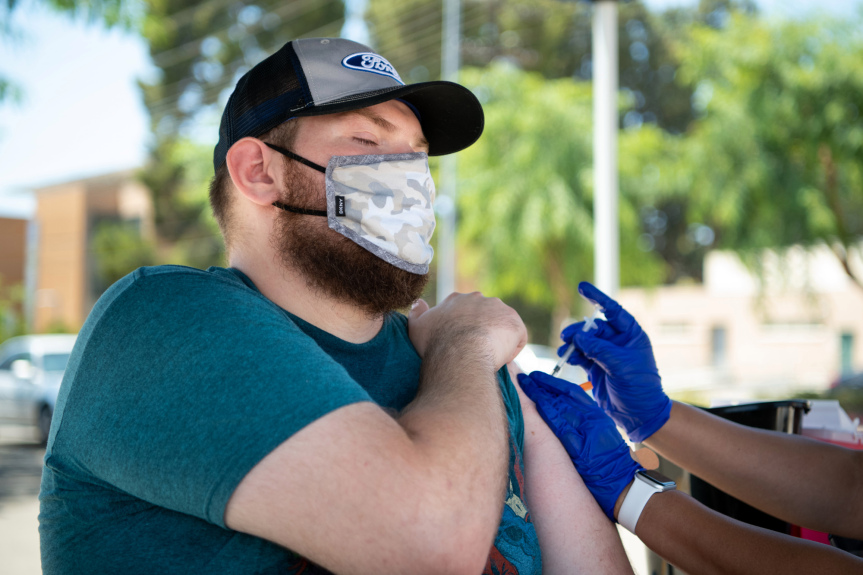 The number of coronavirus patients in Los Angeles County hospitals continued to spike on Sunday, Aug. 1, rising from 1,071 Saturday to 1,096, according to state figures. The number of those patients in intensive care rose from 231 to 236.

The new figures came one day after county officials reported 3,318 new cases of COVID-19 and 11 additional deaths, bringing the county’s cumulative totals to 1,300,313 cases and 24,682 fatalities since the pandemic began, according to the Los Angeles County Department of Public Health.

The test positivity rate was 6.1% on Saturday, down from 6.3% on Friday but still higher than the 5.17% rate reported Thursday, Public Health Director Barbara Ferrer said.

Ferrer said Thursday the rise seen in recent weeks in the positivity rate and new case numbers was showing signs of slowing, offering some hope the surge may be leveling off. She said hospitalizations are expected to continue rising, since that number traditionally increases following rises in overall case numbers.

The county has been experiencing sharp increases in daily case numbers, hospitalizations and test-positivity rates over the past several weeks, with the increases attributed to the highly infectious Delta variant of the coronavirus.

“Over the past eight months, millions of people in the U.S., and around the world, have been safely vaccinated. The data overwhelmingly shows the vaccines to be effective at preventing serious illness that causes hospitalization, and death,” Ferrer said. “To really beat back transmission, however, we need to have higher levels of vaccination, particularly among our younger residents.”

As expected with the surge in COVID cases among the general public, the county’s homeless population has also seen a sharp increase in infections in recent weeks. For the week that ended July 25, 111 new cases were confirmed among the homeless, up 21% from the previous week.

Throughout the pandemic, 7,588 COVID cases have been reported among the homeless, and 216 have died.

County figures show that as of July 27, among 4.9 million fully vaccinated residents, 10,656 tested positive for the virus, for a rate of 0.22%. That rate marks a 63% increase from a week ago, but still remains statistically low.

From Jan. 1 through June 30 of this year, 99.8% of the people who died from COVID-19 were unvaccinated or only partially vaccinated, Ferrer said.

While the pace of vaccinations has slowed significantly, Ferrer said the county has now seen two consecutive weeks of small increases in the number of people receiving a first dose. Between July 19 and 25, about 70,000 doses were administered in the county, up about 7,500 from the previous week.

Overall, Black residents had the lowest overall rate of vaccination, at 46%, compared to 55% for Latinos, 66% for white residents and 77% for Asians.

Of the county’s 10.3 million overall residents, 60% have received at least one dose, and 52% are fully vaccinated. Roughly 1.3 million residents under age 12 remain ineligible for the vaccine.