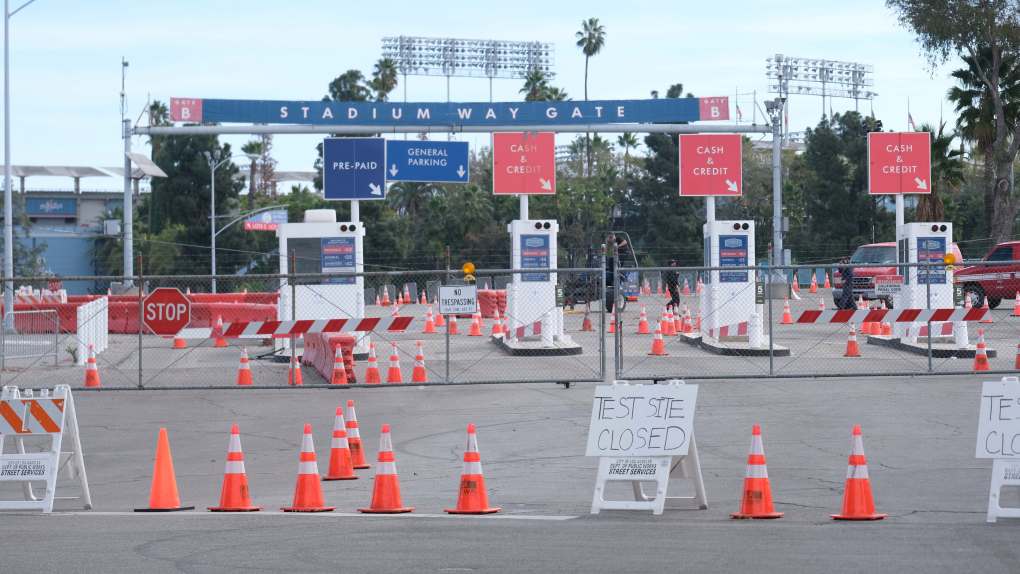 Los Angeles County will not be speeding up coronavirus vaccines for people 65 and older, despite California officials on Wednesday, Jan. 13, announcing that local officials had the ability to do so immediately.

L.A. County officials on Wednesday reported 281 additional deaths and 14,564 cases. Nearly 13,000 people have died so far from COVID-19 in L.A. County with reported deaths now averaging 231 per day over the past week. The county also neared 1 million total confirmed cases, meaning that roughly one in 10 county residents were at some point infected with the coronavirus.

With up to 800,000 health care workers and residents at long-term care facilities to inoculate first, L.A. County officials said they still did not have enough vaccines to widen its strategy. Residents older than 65 in L.A. County would likely be eligible to receive a vaccine by the beginning of February, although there is a chance the process could quicken if more vaccines are delivered to the state and county, officials said.

Orange County became one of the first in the state to take advantage of the state’s latest announcement to begin enrolling individuals 65 and older to receive a coronavirus vaccine.

Long Beach, which operates its own health department, announced earlier this week that vaccines will be available for people 65 and older starting Jan. 23.

Also maintaining its own health department is Pasadena, where spokeswoman Lisa Derderian said public health officials still have fewer vaccines than it needs to inoculate all of the city’s healthcare workers. Right now, officials don’t expect that to change before next week, Derderian said, but they’re hoping to broaden the pool of eligible patients as soon as they have enough doses.

Pasadena officials say they have significantly more elder care facilities per capita than other parts of the county. More facilities means more healthcare workers to vaccinate before they can start inoculating the general public.

A spokesperson for L.A. Mayor Eric Garcetti said he agreed with the county’s decision and that the city was aligned with it.

Ferrer said the state’s guidance does help clarify that in Phase 1B, following health care workers, those 65 and older will be eligible along with the others in that group. At first, those 75 and older were prioritized. Enrollment is not yet available for either of those groups, which also include those in emergency services and teachers. More information can be found at VaccinateLACounty.com.

The move by the state on Monday to open vaccines for those over 65 followed federal guidance this week to do so just as the state ranked as one of the slowest in the nation, based on data from the Centers for Disease Control.

In the months leading up to the rollout in L.A. County, officials planned to have inoculated roughly 350,000 health care workers by the end of December, but those expectations, as those at the state and national level, have fallen short. Now the county expects to have vaccinated 500,000 by the end of January.

To date, the county has opened 75 vaccination distribution centers. This week, Dodger Stadium was being converted from a testing site to a vaccination center with the first shots expected to be administered there on Thursday. On Tuesday, five more large scale vaccination centers that can handle more than 1,000 inoculations per day will be opened, officials said.

By almost all measurements, the level of coronavirus transmission and the toll it’s taken — not to mention the impact to businesses — has been staggering. Average daily cases since November have increased more than 1,000%. The increases in deaths, too, just continue going up representing real lives and real loved ones.

Positivity rate, the percentage of people testing positive for the virus, is now at 18%, meaning roughly one in five people being tested for the virus are positive. For much of the pandemic, positivity rates hovered around 3%.

Hospitalizations, meanwhile, have stabilized somewhat at just under 8,000 patients countywide — with nearly 1,700 in intensive-care units. But the number has plateaued at an extraordinary level officials say hospitals cannot sustain much longer. Still around 750 new admissions of COVID patients are occurring each day, compared to around 250 per day in July.

Officials also warned that current conditions could be a lull between the end of a Thanksgiving surge and what could potentially be another surge in patients based on gatherings over New Years and Christmas holidays that are yet to arrive.

“We hope that decline continues but we have not yet seen the results of transmission that happened during Christmas and New Years holidays,” said Health Services Director Dr. Christina Ghaly. “This would be absolutely devastating. Even if the slight decline continues, we are no way near being in the clear.”

Meanwhile, Ferrer said on Wednesday the U.K. variant of COVID-19 poses a significant risk in L.A. County, possibly becoming the dominant strain by March if left unchecked. While it does not make patients more sick, the variant is more easily transmitted, Ferrer said.

“Because the U.K. variant can spread more quickly, if left unchecked this variant could dominate locally by March,” Ferrer said. “While our current rules protecting for transmission are effective, they only work when used properly.”

When asked whether a more strict public health order could be in the making, Ferrer said officials were “considering all options at this point.”