LA County reports 145 deaths, most ever in single day from coronavirus 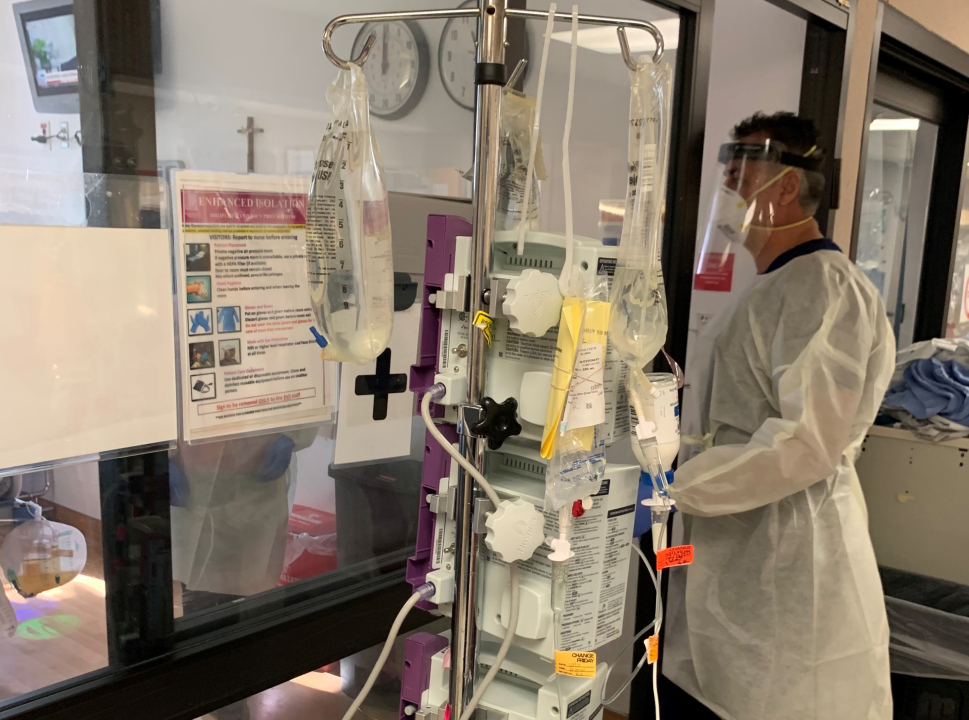 Los Angeles County broke yet another grim record Wednesday, Dec. 23, reporting that another 145 people had died from coronavirus-related causes — breaking by seven the previous high set a week ago — as the post-Thanksgiving sure continues just days before Christmas, another holiday with the potential to accelerate the virus’ spread.

The latest figures included 14 people whose deaths Long Beach, which has its own health department, reported the day before. Since the pandemic began, 9,153 people have died in L.A. County from complications related to COVID-19. Health officials said Wednesday that if nothing changes with people’s behavior soon an additional 6,600 people could die before the end of January.

“We will not be able sustain the increases predicted by the model if they come to fruition,” said Health Services Director Dr. Christina Ghaly.

Wednesday’s new cases were also among the highest reported in a single day, with 16,525 positive results posted. That’s the highest ever, after subtracting backlogged results reported on Dec.16, when more than 22,000 positive cases were reported.

Long Beach on Wednesday reported another eight people had died from coronavirus-related causes, which was the city’s second highest single-day number of the pandemic and brought the death toll to 341. Long Beach also reported 1,002 new cases; 27,719 cases have been identified there since the pandemic began.

Pasadena, which also has its own health department, reported four more residents had died from coronavirus-related causes — the most in a single day since May. The city’s death toll was 150. Pasadena also reported 80 news cases on Wednesday; the city has reported 5,892 coronavirus cases since the pandemic began.

Stories from doctors and nurses at hospitals conveyed a dire reality that, as of Wednesday, L.A. County was still facing an unrelenting surge. Front-line workers were treating 6,499 COVID-19 positive patients spread across 85 acute-care facilities, 1,280 of whom were in intensive-care units, according to a state dashboard that reports numbers a day earlier than the county.

With ever-increasing totals each day, officials have openly worried that the worst was yet to come, predicting a peak in hospitalizations as much as 50% higher than what facilities currently face. Under the worst scenarios, daily hospitalizations related to the coronavirus could reach more than 11,000 in January. By a more modest estimate, hospitalizations will reach 7,500 by next week. The number in ICUs, meanwhile, could reach 2,800 by January — 2,400 without any change in behavior.

L.A. County had roughly 386 ICU beds available, according to the state dashboard, but those account for surge capacity where patients are receiving care in less-than-optimal settings. The number of available staffed ICU beds at 911 hospitals was 33 as of Wednesday, according to the county’s Department of Health Services.

“Our hospitals are still under siege,” Ghaly said. “They are using all of their surge capacity as they adapt in a variety of ways but this is not sustainable.”

The record-breaking day, though, also had a glimmer of hope, with the county reporting the rate of transmission had declined slightly to 1.11, meaning that for every one person that was infected, 1.11 could expect to also become infected. Any number above one means the virus is still spreading.

Whatever optimism that marginal decline brought health care workers could be fleeting, however, if folks gather with those outside their households over Christmas.

Medical workers — while remaining steadfast and hopeful, Ghaly said, amid the stress and fatigue of a 9-month-old pandemic — have repeatedly expressed opprobrium at people flouting public health guidelines.

“Mixed with that sense of hope,” Ghaly said, “is a lot of discouragement and outrage at what we continue to see going on outside the walls of the hospital.”

Ghaly described images of crowded outdoor malls, people gathering on the street or in parks to sip coffee and visit — and the continued reports of house parties.

“The surge that we are in right now,” Ghaly said, “was avoidable and the one that is coming on the heels of this most recent activity is avoidable too.”

“I’m at a loss of words at this point,” Ferrer said. “I don’t really understand it. It’s very irresponsible and very dangerous and it’s unnecessary.”

Across the county, many hospitals were now operating at maximum capacity and beyond. Refrigerated portable morgues at many facilities were on stand by and, in some instances, already being used.

The ICU at Providence Cedars Sinai Medical Center, in Tarzana,  was operating at 100% capacity, with more than 80% of patients in that unit having the coronavirus, said ICU Medical Director Dr. Thomas Yadegar.

“Over the past several weeks, we have had to increase our ICU capacity,” Yadegar said. “This is a highly coordinated effort across several teams of doctors, nurses, respiratory therapists and other team members.”

Yadegar, himself putting in 20-hour days, said he did not have time yet to self-reflect, though someday he might — when it’s all over.

“I am certain that once this pandemic subsides, many of us who have witnessed first-hand the sheer agony this virus inflicts will take some time to reflect and relax,” Yadegar said. “Until then, we carry on with our focus of saving as many lives as possible and placing the needs of each soul in our care above our own.”

At Centinela Hospital Medical Center, in Inglewood, there were 104 COVID-19 patients, the highest yet for the community hospital that has been among the hardest hit during the pandemic. The hospital’s ICU, designed to treat 30 patients, was now handling 42, all but seven of whom have the virus.

“The beds are not the major issue,” Dr. Paryus Patel, chief medical officer, said in an interview Wednesday. “Still, the struggle is the staffing. The state has allowed us to go out of ratio (allowing ICU nurses to treat more than one patient), which is OK but it still takes a toll on the staff. These are complex patients.”

Patel said the hospital had a mobile morgue on site, having first needing to use it for a few days last week.

A recent memo from the Department of Health Services said the hospital should divert patients who need emergency care, but, Patel said, he disagrees with this approach because there was virtually nowhere to send them.

“I’m not sure where they are going to go,” Patel said. “Taking people and driving them around the city is a waste.”