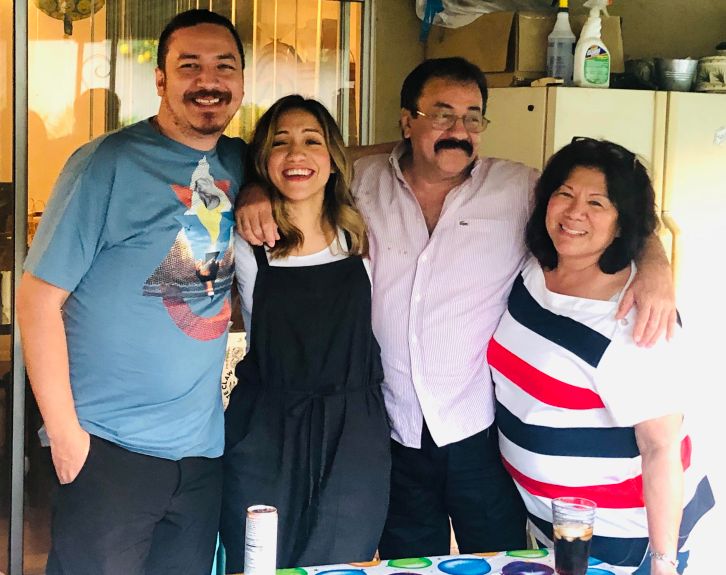 Los Angeles County Public Health Officer Muntu Davis confirmed that the deaths would be investigated, while also announcing that Mission, along with S&S Foods in Azusa and Golden State Foods in the City of Industry, had been allowed to reopen after being shut down by public health officials last week.

“To the families who are grieving, I offer my sincere condolences — as we all do — from the Public Health Department,” Davis said. “Business have a corporate and moral and social responsibility to their employees and their employees families to provide a safe work environment. People’s health, people’s livelihoods are at stake.”

The family of Jose Roberto Alvarez, of Anaheim — known as Beto Mena — said he was among the two workers who died. Alvarez, 67, worked in maintenance at Mission Foods, according to his daughter,  Alisha Alvarez.

Alvarez’ wife and another daughter, who also tested positive, are recovering from COVID-19, family members said.

“We were deeply saddened to learn about the passing of Jose Roberto Alvarez and wish to share our most sincere condolences to his family,” said to a statement from Paul de la O, regional director of manufacturing, at Mission Foods. “We have been trying to reach his family for several weeks and encourage them to contact us so that we can offer our support during this extraordinarily difficult time.”

Upon the Health Department’s announcement on Thursday, Mission released another statement: “We did have a second employee who tested positive for COVID-19 and passed away several weeks ago on July 3, as we reported to the health department. We were and remain deeply saddened by this and have expressed our condolences to the family.”

The name of the second employee was not released.

Davis said on Thursday that the department was still looking to confirm both cases. He said all three companies that were closed had failed to notify the Public Health Department when, by the county’s health order, at least three workers tested positive. By the time public health inspectors had closed them down, each had more than 40 cases.

Davis said the department came to know about the infections by an anonymous complaint line. Inspectors ultimately found problems such as the lack of wearing face masks and observing physical distancing directives at workplaces. The health department defines its “outbreak response” in terms of clusters — three cases of COVID-19 at a worksite.

All three sites reopened after company officials provided requested information to the Public Health Department and complied with all directives that require symptomatic employees to be quarantined, Davis said.

‘Person who gave everything’

Alvarez, an engineer by trade who had emigrated with his wife from El Salvador and raised a family in Orange County, had been working at the Commerce site for the last two years, his daughter said. Even during the pandemic, Alvarez —  “a charismatic” man who loved people and telling stories — dutifully went to work there every day, she added.

“My dad was that person who gave everything,” she said.

Alvarez belonged to a generation that preached and practiced the ethic of work, even at an age when many are beginning their retirement years, his daughter said. And he was of a culture that worried that if he defied that ethic in the midst of the pandemic he might lose his job, she said. Plus, he simply wanted to continue working to support his family, his daughter said.

Through most of June, “he was still going very consistently,” she said.

But he was in high-risk categories and working at a factory where people were getting sick. He was in an age group susceptible to the ravages of the disease, and he had underlying conditions: high blood pressure and diabetes, also so-called co-morbidities that make it harder for the body to fight off the illness, his family said.

By June 22, he was beginning to exhibit symptoms. On June 28th, he and his wife tested positive for the virus. And by July 4, he was in the hospital, and shortly after on a ventilator, his daughter said. He died on July 20.

Mission, where Alvarez worked, is owned by GRUMA, a large maker of corn and flour tortilla products with locations across the globe.

The company bills itself as having the world’s largest tortilla plant in Los Angeles, with the capacity to produce 25 million tortillas per day. Its Panorama City plant in the San Fernando Valley is the the “most modern, environmentally-friendly tortilla plant,” according to its website.

Mission officials said they were “committed to protecting” employees’ health and safety, adding that since early March the company had taken a range of measures that exceeded county health orders.

Those measures included mandating the use of facemasks, applying social distancing requirements, installing plexiglass barriers, restricting the use of common areas and dining rooms, establishing enhanced cleaning and sanitization, and screening all visitors to the company’s sites.

The company said it requires employees to perform self-evaluations of their symptoms and temperatures before leaving home for work, performing a check of temperatures and symptoms once they get to work, and also perform an additional temperature check mid-way through each shift.

“We have worked hard to keep our employees informed since the pandemic began in early March,” de la O said.

At its Commerce facility on Olympic Boulevard, officials said hand-delivered detailed notices go out to employees each time the company is aware of a confirmed case of COVID-19.

Officials said they don’t share the identity of any affected employee, but the notices include the affected employee´s department, shift, and last day worked, as well as recommended preventive measures. Close contacts have also been immediately informed, officials said, and quarantine is required.

In a statement on Wednesday, Golden State Foods, headquartered in Irvine, said it has “faithfully reported its COVID-19 cases to the necessary authorities since the onset of the coronavirus pandemic.”

“As soon as this new procedure was clarified last Friday, July 24, GSF immediately augmented its reporting,” the company’s statement said, “and LA County quickly rescinded its closure order, allowing GSF’s City of Industry facility to re-open in less than 24 hours. This was simply a procedural matter around reporting, and LA County Department of Public Health officials were satisfied with GSF’s comprehensive, preventative, operational COVID-19 protocols. GSF has been following all other state, federal, and international reporting requirements; LA County was the one exception for a period of days in July.”

Davis, meanwhile, said all three sites will be subject to unannounced inspections by Public Health to assure that compliance was continuing.

The closure of the three businesses came in the wake of other L.A.-area factories seeing many workers become infected with the virus — and in at least one case with fatal results.

Four workers from Los Angeles Apparel, a major South L.A. garment manufacturer, died after catching the virus — part of a larger group of more than 300 of the factory’s workers who tested positive. The factory was shut down twice before recently reopening under strict oversight from the Public Health Department.

And outbreaks have occurred at meatpacking plants in Vernon.  The Smithfield Foods-owned Farmer John plant — where Dodger Dogs are produced — was the largest. County officials said that 153 of 1,837 employees tested positive for COVID-19 between March and May.

The outbreaks amplified a larger concern about community spread in hard-hit and underserved communities of color, where Latinx and Black populations are shouldering disproportionate burdens of the virus.

Last week, county supervisors approved a motion that would lead to the formation of “public health councils” — groups of workers, in conjunction with labor groups and businesses, that would monitor worker conditions during the pandemic.

Amid a local resurgence of the outbreak, the recent cases at the food plants had Supervisor Hilda Solis urging businesses to comply with safety guidelines or risk closure, financial penalties — and even suspension of business permits.

Such orders require warehousing, manufacturing and logistics companies to, among other things:

The Alvarez family, meanwhile, said they were talking to a lawyer about potential legal action.

“Families  and the people in those families need to know their rights,” Alisha Alvarez said. “You need to know what is available to you in terms of resources. That was sadly our downfall. We didn’t take the time to research what would happen if he didn’t go to work because of this.”

Alvarez is survived by his wife, Mirna; daughters Alisha and Monica; and son Robert, all Orange County residents.

The family has set up a GoFundMe page, and the Beto Mena foundation — to support communities of color that have been hit hard by the virus.