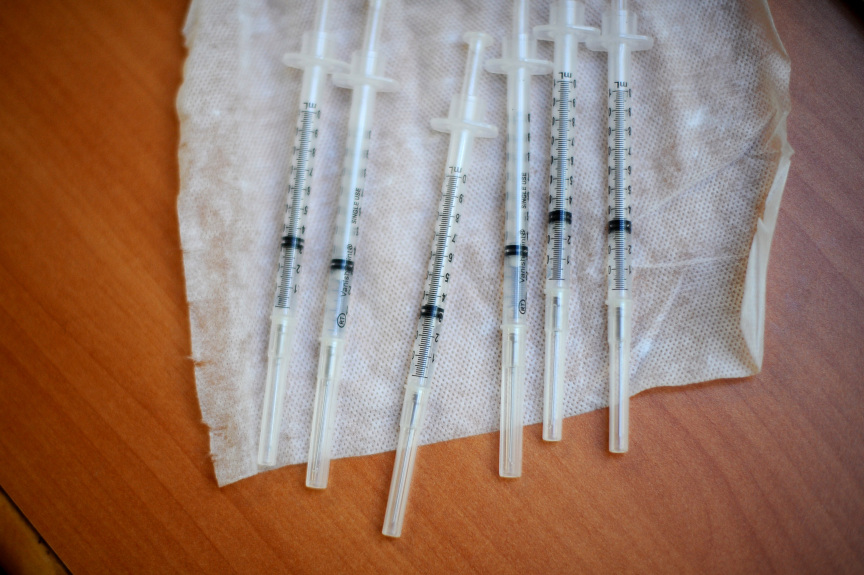 Los Angeles County health officials issued a stern warning on Friday, Feb. 5, for anyone trying to skip in line to receive a coronavirus vaccine.

It appears some residents have shared a unique access code for acquiring second-dose appointments and using that access code to make first dose appointments. If anyone shows up to receive a vaccine with one of those appointments, Department of Public Health Chief Science Officer Dr. Paul Simon said they will be turned away.

“It’s important for people to understand these actions are taking away access to high-risk folks,” Simon said. “We urge everyone to wait their turn to receive the vaccine.”

The actions were especially concerning for health officials given limited supplies of the vaccine and that most of the nearly 185,000 doses available next week will go entirely to second-dose recipients. In fact, Monday will be the only day next week on which anyone can get vaccinated by the county for a first dose, according to Simon. All other days will be dedicated to second doses.

Health officials Friday reported another 226 deaths, marking the fourth straight day reporting more than 200 deaths although the overall average deaths per day has dropped in recent weeks from about 214 to 150 this week. Deaths, however, are considered a lagging indicator and one of the last to be affected. So far 17,764 people have died from COVID-19 in LA County.

The county also reported an additional 4,761 cases, slightly below the daily average for the week, bringing the total number of positive cases recorded since the pandemic began to 1,138,764.

Hospitalizations related to COVID-19, meanwhile, continued to come down, now at 4,607 with 1,276 in intensive care units.

The county’s update Friday did not include updated figures from Long Beach and Pasadena, which operate their own health departments. Pasadena had not updated its dashboard as of Friday evening; as of Thursday, the city reported 272 deaths and 10,404 cases.  Long Beach’s totals, also as of Thursday, were 49,223 cases and 710 deaths since the pandemic began.

As the distribution of the vaccine progresses, county officials were paying particular attention to equity, making sure the vaccine was being administered fairly across all socio-economic and racial groups, Simon said. Limited supplies was still creating much anxiety for those trying to make appointments.

“We already have concerns about those with more resources having greater access to the vaccine,” Simon said. “This becomes even more worrisome because the vaccine is in such short supply.”

Simon said the county was making arrangements to accommodate older people who can’t make it to a vaccination site. For those without a computer they can call the hotline at 833-540-0473 to book an appointment. Others can find appointments at VaccinateLACounty.com.

Next week the state is expected to unveil yet another new appointment website which should incorporate the more than 300 existing sites currently available in L.A. County.

So far, the county has administered 1,051,229 doses with just over 200,000 representing second doses. Roughly 10.8% of county residents 65 and older have now received a first dose and 2.6% have gotten their second doses.

As the county’s latest vaccination mega site at Cal Poly Pomona opened Friday with plans to inoculate up to 10,000 people per day, Simon said those vaccines would not take away from the county’s effort but were additional doses made possible through a state and federal partnership together with Kaiser Permanente.

Meanwhile, officials kept up the messaging Friday that the pandemic was not yet over. Rates of infection were still far too high, they said, and Super Bowl gatherings were not advised.

“We are asking people to hang in there just a little bit longer,” Simon said.