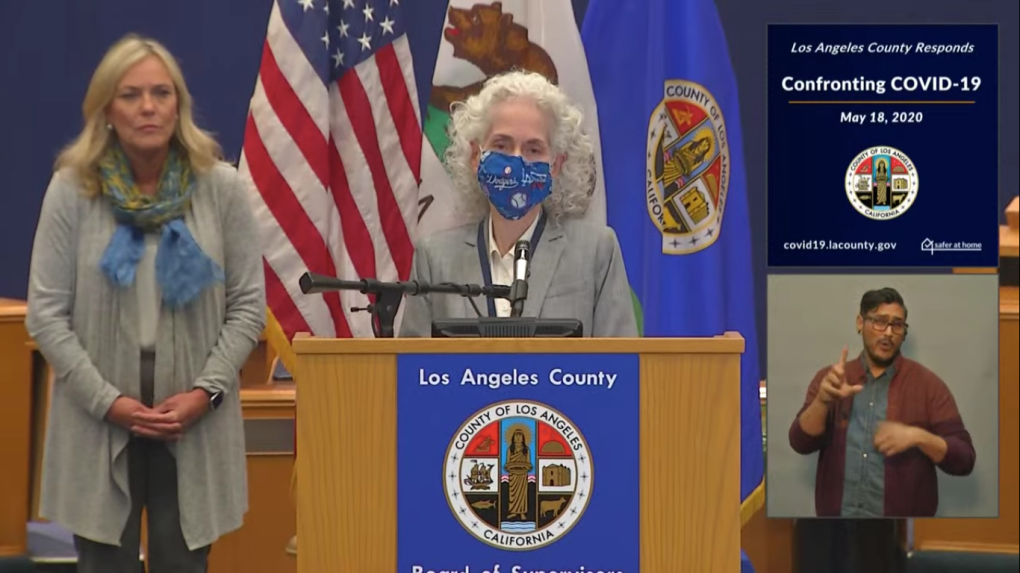 Schools, day camps and spectator-free events could be next to reopen in Los Angeles County, officials said Monday, June 8.

LA County will know by Friday, June 12, which of its sectors can open and with what guidelines, Supervisor Kathryn Barger said during the county’s Monday coronavirus briefing. That comes on the heels of California late last week announcing it will allow day camps, bars, gyms, campgrounds and professional sports to begin reopening with precautions this week.

But that news was tempered because of a report Sunday by the World Health Organization that the coronavirus pandemic, which caused non-essential businesses to shutter in March, appeared to be worsening globally. WHO, in its report, urged countries that had seen improvement to remain vigilant.

The case count worldwide hit about 6.8 million on Sunday, WHO reported on Monday. The United States has seen more than 100,000 new cases in the past 7 days, according to WHO.

On Monday, though, Los Angeles County reported 10 deaths related to COVID-19, the disease caused by the coronavirus, and 823 new cases, Public Health Director Barbara Ferrer said. Those relatively low numbers, however, has been typical on Mondays due to lags in reporting over the weekend.

The countywide numbers did not include up-to date statistics from Long Beach and Pasadena, which have their own health departments and report data separately.

Long Beach on Monday reported one more person has died in Long Beach — bringing the citywide death toll to 100. The city also reported 46 new cases; the total number of people who have tested positive for COVID-19 was 2,273 as of Monday.

Pasadena had not updated its coronavirus data as of 3:15 p.m. Monday.

Since the pandemic started, 93% of those who have died from coronavirus-related causes had underlying health conditions, Ferrer said, a number that has stayed consistent. She reminded those who are more vulnerable to the disease — such as the elderly — to stay home as much as possible, even as various businesses begin reopening.

There are 462 confirmed cases among people who are homeless, 205 of whom were sheltered and now isolated. One of the people whose deaths the county reported Monday was also homeless, bringing the death toll among that population to 14.

LA County also saw its first decrease in new tests from Sunday, May 31, to Friday, June 5, likely because officials temporarily closed testing centers early last week amid a series of protests against police brutality in the wake of George Floyd, a black man, dying when a white police in Minnesota kneeled on his neck for several minutes on Memorial Day. The county administered 108,000 tests last week, down from 152,000 the week before. The rate of positive tests, meanwhile, increased from 5.7% two weeks ago to 8.7% last week, the county said.

All of testing sites are also moving to only administering the nasal swab test, said Dr. Christina Ghaly, director of Health Services, because of its increased accuracy, producing fewer false negative results than oral swabs.

As for whether the ongoing protests could lead to an increase in cases, Ferrer said the exposure risk is no different from going to an indoor mall.

“Public exposure is a risk you need to be aware of and take appropriate action” for, Ferrer said. “The safest thing to do is self isolate for 14 days and see if you develop signs or symptoms.”

People should assume they and everyone else could have the virus, whether they attended a protest or went out to dinner or stayed home, she said. Just because you test negatively, she added, doesn’t mean you’re unlikely to develop the virus.

LA County’s approach has also had to change as its leaders learn more about the virus.

“We find more people who are asymptomatic and positive than those who are symptomatic,” Ferrer said.

Officials, she added, must change tactics because of that and work on controlling the spread by, for example, increasing the availability and use of personal protective equipment.

Ferrer on Monday said that 6,923 people have been hospitalized with COVID-19 at some point, accounting for about 11% of total cases. Of those, 30% were in the intensive care unit and 21% were on ventilators.

Cases in first responders and health care workers has grown to 6,031, 41 of whom have died; 29 of those worked in assisted living facilities and nursing homes.

The “loss of them is devastating,” Ferrer said, “for those mourning these heroes, we join you in honoring your loved ones. Every day you give so much to your work and our communities.”