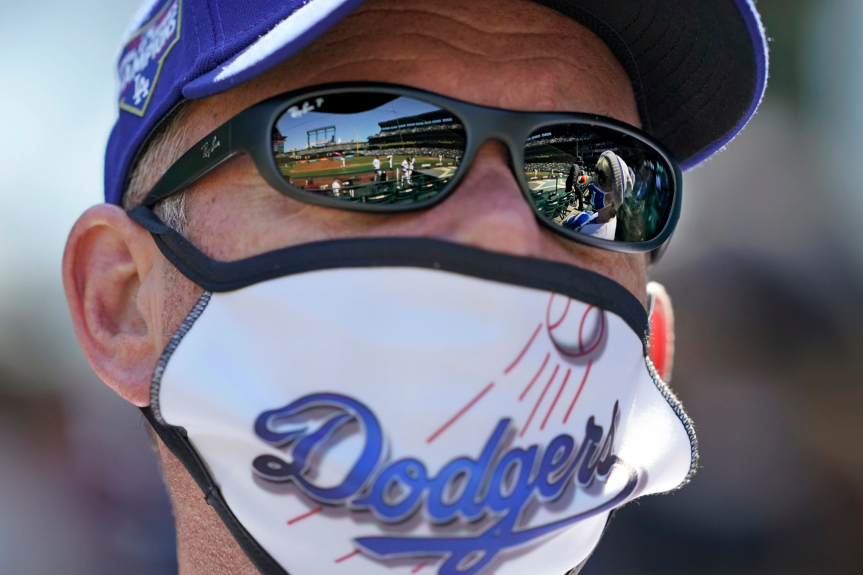 Stressing the move is only a recommendation, Los Angeles County’s public health director said on Tuesday, June 29, that a call for residents to wear masks in indoor public settings is partially aimed at preventing an already contagious COVID-19 variant from becoming even more dangerously infectious.

The county Department of Public Health on Monday “strongly” recommended that all residents — regardless of vaccination status — resume wearing masks in indoor public places, citing the rapid spread of the highly contagious “Delta” variant of COVID-19. The agency recommended masks in settings such as grocery or retail stores, theaters, family entertainment centers and workplaces when the vaccination status of other workers isn’t known.

The recommendation mirrored one issued over the weekend by the World Health Organization, but it came just two weeks after most masking requirements were dropped for vaccinated residents in California.

During a Tuesday appearance on KNX Newsradio, county Public Health Director Barbara Ferrer said the recommendation is a sensible suggestion to add a layer of protection for people who are still not vaccinated against COVID and could be easily infected by the “Delta” variant. The variant is now believed responsible for about 20% of all infections nationwide, double the rate from a week ago.

“We’re particularly concerned about essential workers who got hit hard last year and who have lower rates of vaccination than some of our other populations and could get hit hard again,” Ferrer said. “As we work to build confidence in the vaccines so that everyone feels good about getting vaccinated, we’re sensible. Again, this is a recommendation. It is not a requirement. It’s meant to say we’re still all here together taking care of each other. And one way we know to protect aerosolized transmission of the virus is to keep those masks on. So I think it’s a sensible protection. … It’s relatively simple to do and it doesn’t really interrupt any of our recovery efforts.”

She noted that while current vaccines offer strong protection against COVID-19, including the “Delta” variant, the more the virus is transmitted from person to person, the greater the chance of the virus mutating again into a form that could evade vaccine protection and endanger more people.

“While so far we’ve been blessed that our vaccines have been super powerful against the variants of concern to date, that doesn’t necessarily hold in the future,” Ferrer said on KNX. “So for everyone’s sake, you want to keep community transmission as low as possible, because if the virus isn’t transmitted, it can’t mutate. And all of us are benefited if there’s less and less mutations of this virus in our community.”

She again noted that the county has seen slight increases over the past week in average daily new infections — going from about 225 new cases a day to more than 300 — and in the rate of people testing positive — rising from a low of 0.3% to 0.8%.

And while overall transmission of the virus in the county remains exceedingly low, any sign of increase will be met with concern, she said. Ferrer also noted that while rare, there are instances of “breakthrough” infections of people who are fully vaccinated. While those people are unlikely to become seriously ill or require hospitalization, they could still potentially spread the infection to someone who isn’t vaccinated and faces more severe sickness or even death.

“Transmission rates are low. I just like to keep them super low,” Ferrer said. “I don’t want to go back into a situation … where we get to another point in time where we have a lot more transmission and we’re then starting to mandate with new directives, both around masking and perhaps around distancing again. I think we have an opportunity here to get ourselves to a place where we have community immunity, but it’s going to take a couple more months. And during that time we should just be sensible about how we’re proceeding during the reopening.”

Last week, Ferrer said a total of 123 cases of the “Delta” variant had been identified in the county, roughly double the number from a week earlier. Since the county conducts very limited sequential testing required to identify the variant, she said the rising number means there are likely many more such infections in the community.

The “Delta” variant of COVID-19 originated in India, and is blamed for rampant infections in that country and outbreaks in the United Kingdom and beyond.

As of June 20, more than 10.2 million doses of vaccine had been administered in the county, with 67% of residents age 16 and over having at least one dose, and 58% fully vaccinated.

The county is continuing to offer incentives for people to get vaccinated. Continuing through Thursday, people age 18 and older who get vaccinated at sites operated by the county, city of Los Angeles or St. John’s Well Child and Family Center will be entered for a chance to win one of two season ticket packages to Six Flags, the Los Angeles Zoo, the Natural History Museum and the La Brea Tar Pits, along with ticket packs for the California Science Center.

The contest is open to anyone who comes to one of the participating sites for a first dose of vaccine, or anyone who is obtaining a second dose and brings a first-dose patient with them.

The county on Tuesday reported three new COVID-19 deaths, raising the death toll to 24,482. Another 321 cases were also confirmed, raising the cumulative total to 1,249,835.

According to state figures, there were 255 people hospitalized due to COVID-19 in the county as of Tuesday, up from 229 on Monday. There were 63 people in intensive care, up from 55 on Monday.