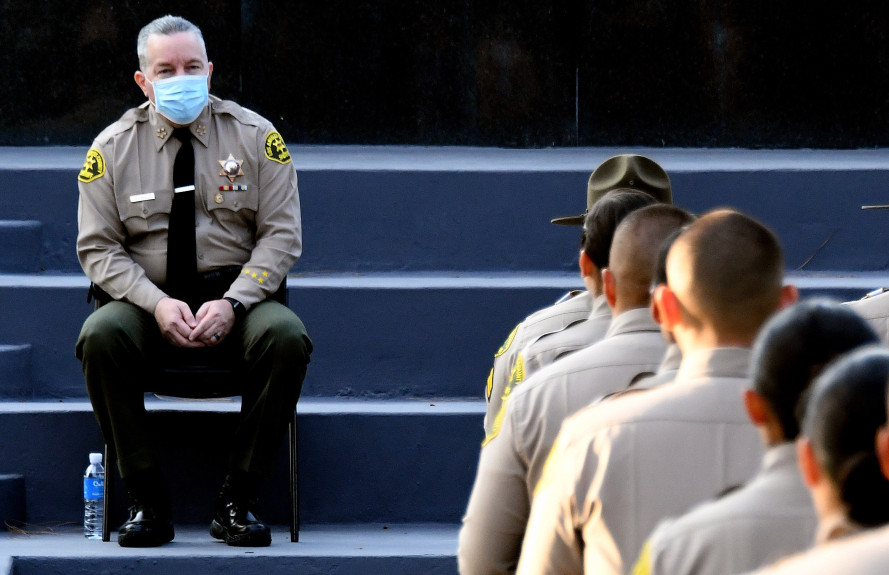 The effort was delayed on Tuesday, Oct. 27, after its main sponsor on the Board of Supervisors offered to give more time to his colleagues to weigh it.

But there were early glimpses at what could be a major debate over the sheriff’s authority versus that of board to essentially impeach an elected department head.

“Given the recent but persistent refusal to provide the transparency and accountability that the community rightly demands, the County should consider whether the status of the Sheriff’s office should be reexamined in order to better serve the more than 10 million residents of the County,” reads the motion.

On Oct. 27, board Chairwoman Supervisor Kathryn Barger expressed concern about the prospect of a non-elected sheriff.

“I still stand by my belief that the sheriff is elected,” she said then. “And in 2022, unless there’s an effort to vacate that seat prior to that, that’s where the the voters have a right, and I think that it’s important for us to recognize that policy.”

Under Article XI of the California Constitution, “the Legislature shall provide for county powers, an elected county sheriff, an elected district attorney, an elected assessor, and an elected governing body in each county.”

Still, the motion seeks  to explore “legislative changes” required to authorize an appointed sheriff, and what it would take to amend the California Constitution and County Charter to do it.

Kuehl, a leader in the effort to re-imagine L.A. County law enforcement, said the time is ripe for such reform. Indeed, the measure comes in front of the board in the wake of the passage of Measure J, which voters approved on Nov. 3, changing the county’s charter to allow for a baseline of 10% of general fund revenue to be set aside for alternatives to incarceration.

“It’s very unusual in the state of California to elect the head of a law enforcement agency,” she said in October.

She suggested that L.A. County emulate local municipal agencies where the mayor or the local city council appoint the police chief.

“Then we would not have this requirement of begging the sheriff every time to do the right thing without any way of holding him accountable,” she said.

The measure would seek approval to explore options that not only remove the sheriff but examine the process by which a sheriff is selected and seated in L.A. County. The order would investigate:

The measure is a culmination of months of tension over the sheriff’s alleged attempts to block oversight of his department and the board’s push to re-imagine law enforcement across the region.

For months, the debate over law enforcement reform in the county has come amid a social justice movement spurred on by the death of George Floyd, but countered with a critique that reform is “defunding the police.”

Villanueva, elected to a four-year term in 2018 riding a campaign that promised to reform the department’s culture, has criticized the larger effort to shift funding from law enforcement.