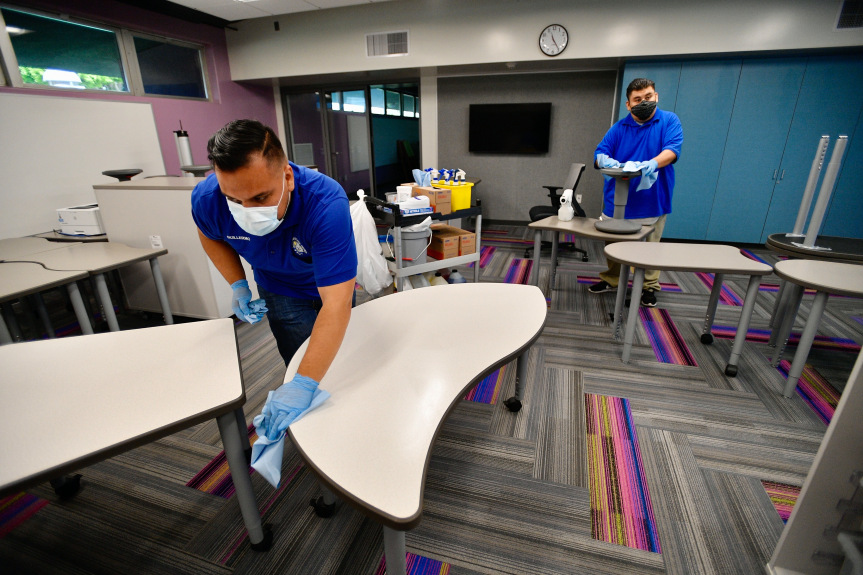 If Los Angeles County school districts still want to open elementary and pre-kindergarten classrooms for in-person instruction they might be allowed to do so under a new waiver process announced by Public Health Director Barbara Ferrer on Wednesday.

The details of what exactly will determine whether school districts will be granted such a waiver have not been announced. Ferrer said the department was working out those details with state officials and those from school districts who she was planning on addressing in a conference call Thursday.

Ferrer said to expect more information about the waivers later this week or next week.

“We’re going to work closely with the state to make a decision on a timely manner,” Ferrer said.

The chance to earn a waiver for elementary schools was detailed in Gov. Gavin Newsom’s order on Friday, July 17, that requires school districts in counties on the state’s monitoring list to begin the school year with campuses closed.

Los Angeles and a majority of California counties — including Orange, Riverside, San Bernardino and Ventura — were on the monitoring list as of this week.

“Reopening all our schools and other sectors of our economy depends on what we did before to slow the spread of COVID-19,” Ferrer said.