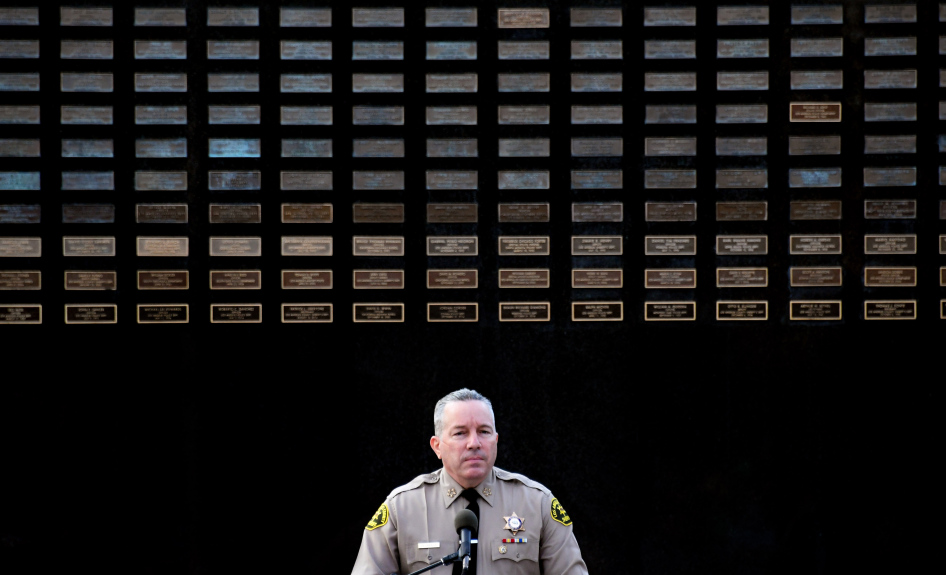 Los Angeles County’s board of civilian watchdogs that oversees the Sheriff’s Department called on Sheriff Alex Villanueva on Thursday, Oct. 15, to resign, joining other public officials who want him to step down.

The nine-member Civilian Oversight Commission voted unanimously, with one member absent, to express no confidence in the sheriff and ask him to leave his post.

The vote came after Inspector General Max Huntsman elaborated on what the county official said were significant gaps in the department’s investigation into a 2018 fight between deputies at Kennedy Hall in East L.A.

The deputies accused of started the fight were also accused of being members of the Banditos deputy clique, a secret group that may have operated at the nearby sheriff’s station for decades.

“People are still being inked in East Los Angeles,” Huntsman said at Thursday’s meeting. “The idea that the Banditos are gone from that station is highly, highly suspect.”