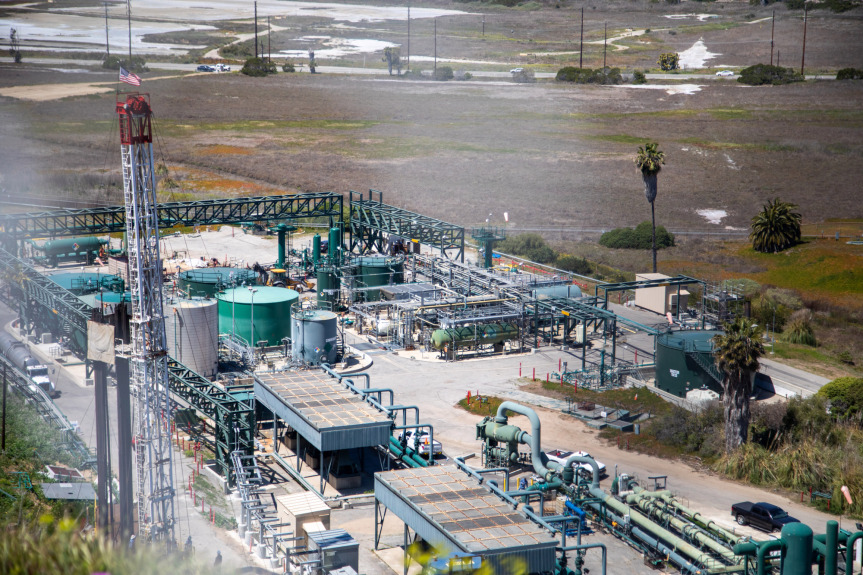 The Los Angeles City Council voted unanimously Wednesday, April 7, to approve a resolution in support of any legislation or administrative action that would help close the Playa del Rey natural gas storage facility.

Introduced by councilmembers Mike Bonin and Paul Koretz, the resolution calls for the state to set up a transition process and timeline for the shutdown of the facility at 8141 Gulana Ave in Playa Del Rey run by SoCalGas.

“We must move aggressively to get off fossil fuels, and we must create a just transition to a clean energy economy. We call on Gov. Newsom to acknowledge the risks of this facility and move quickly to shut it down,” Bonin tweeted following the City Council’s vote.

Although smaller in size, the facility is similar to the Aliso Canyon storage site, which experienced a massive gas leak that expelled an estimated 100,000 tons of methane into the air back in 2015, becoming the worst natural gas leak in U.S. history.

As scores of San Fernando Valley families fled their homes, residents of Playa del Rey watched in awe the aftermath of the catastrophic leak, wondering whether the potential Aliso Canyon-like incident is possible in their neighborhood.

The Playa del Rey facility provides only about 1% of the total natural gas storage across California yet a potential gas leak can affect thousands of nearby homes, Los Angeles International Airport, students and staff at Loyola Marymount University and employees at booming tech campuses at Silicone Beach. The area is also prone to a high risk of tsunami and wildfire, making the facility “particularly dangerous to the health and safety of people in Los Angeles,” according to the resolution.

The report recommended that the state should “commission a cost-benefit analysis including full consideration of risks associated with loss-of-containment from” the Playa del Rey site.

A recent study released by the Los Angeles Department of Water and Power pointed out the city can achieve 100% clean power by 2035 without disrupting the economy and triggering blackouts.

A representative with SoCalGas said in a statement the “facility supports the integration of renewable energy like solar and wind during unfavorable weather conditions, keeps customer bills affordable by allowing our region to buy and store natural gas when prices are low, and promotes a diverse energy mix.

She added that on August 14 and 15, the California Independent System Operator “was forced to order rolling blackouts, the hourly gas usage during the peak electric demand period was higher than the amount delivered into Southern California. Our natural gas storage fields—including Playa del Rey— were the key asset making up for this shortage and keeping power plants operating.”

She also noted that “most recently, when much of the country was experiencing record cold temperatures and winter storms limited gas supplies from Texas, Playa del Rey and our other local storage fields not only helped keep the lights on here in California but also protected customers from price spikes experienced in other states.”

The Playa Del Rey facility first appeared on the map as an oil field. It was converted to a gas storage facility by the gas company in 1955. Over the years, residents of the nearby Playa del Rey, Playa Vista, Marina Del Rey, Venice and Westchester communities complain about odors and an oily mist emanating from the facility.

Over the years, the site experienced multiple gas leaks, including some from wells that had recurring seepages, according to California Public Utilities Commission records. A malfunctioning emergency shutdown valve caused a leak in 2003, leaving nearby homes, cars, and yards covered in oil and triggering complaints from nearby residents.

On Wednesday, the City Council’s vote was followed by pleas from San Fernando Valley residents, urging city leaders to concurrently close the Aliso Canyon facility tucked in the hills nearly 30 miles away from the Playa del Rey site.

“Please, Madam President Nury Martinez, waive the Aliso resolution out of the Rules Committee where it’s been languishing for 16 months now and that’s unacceptable,” said Patty Glueck of the Aliso Moms Alliance during the City Council’s meeting, adding that “the health of Angelenos should be valued more than SoCalGas profits.”

Representatives with Martinez and Lee offices said the resolution will be heard in early May.

Alexandra Nagy, California director for Food & Water Watch, said the San Fernando Valley “community is growing very impatient and wants to see their councilmember take charge and step up to the plate like Mike Bonin has for his community.”