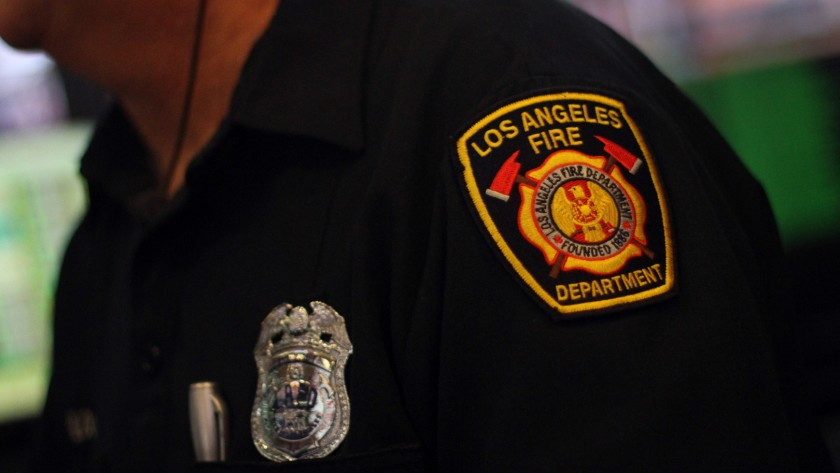 A Los Angeles firefighter who struck a restrained detainee in the head — and pulled a towel tightly around his face, prompting him to yell, “I can’t breathe!” — has accepted a 12-day suspension for his actions, according to internal Fire Department records reviewed by The Times. The development comes as a new video shows some details of the incident.

Derek Farrow, who was working as an emergency medical technician when the incident occurred in March 2019, informed officials that he would accept the punishment through a union representative on Aug. 26 — one day after The Times published a story about Farrow continuing to work for nearly a year and a half without punishment.

Farrow had previously rejected the suspension and notified the department that he intended to fight the punishment before a disciplinary panel. He said the detainee had bitten a police officer and was spitting at medical staff.

Such a proceeding would have opened the case up to broader public scrutiny at a time when tensions are high in Los Angeles and elsewhere over police use of force. Farrow is white and the man he is accused of punching is Black.