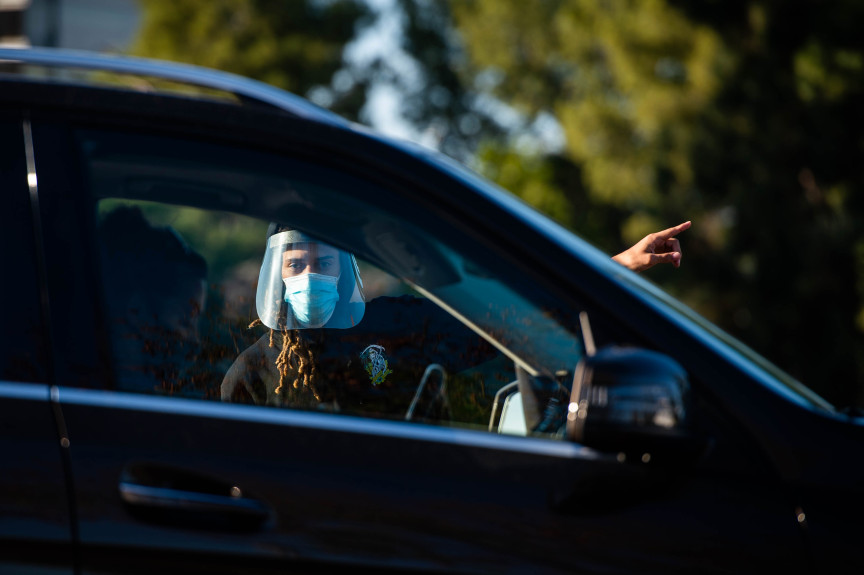 Los Angeles County reported 3,780 new cases of COVID-19 and 20 additional deaths on Saturday, Nov. 14, as the “second wave” of the coronavirus pandemic intensified.

The 3,780 cases are the highest amount of positive cases in one day, not associated with a backlog of cases, since mid-July. The county’s totals now stand at 336,549 cases and 7,266 fatalities, according to the Los Angeles County Department of Public Health.

The department said the elevated number of cases reflects increased testing across the county, with more than 56,000 tests processed on Friday. The positivity rate remains high at almost 6%.

Younger people continue to drive the increase in community transmission in the county, with over 74% of the new cases Saturday from people under the age of 50. Conversely, 90% of Saturday’s reported deaths were over 50 years old.

The county’s update did not include new figures from Pasadena or Long Beach, cities that operate their own health departments. Pasadena’s 19 new cases raised its total to 3,073 since the pandemic began; its death toll remained at 129. Long Beach did not update Friday or Saturday; as of Thursday, the city has reported 14,2000 confirmed cases and 266 deaths.

The number of county residents hospitalized with the virus increased from 942 on Friday to 966, with 28% in intensive care.

“Many younger people are out socializing with non-household members, raising concerns that asymptomatic young people are helping to spread the virus to more vulnerable people at a time when cases are surging dangerously in the county,” Public Health Director Barbara Ferrer said.

“While the effect of the coronavirus on younger people may not be significantly associated with deaths, younger people definitely act as a transmission connector to individuals at a higher risk. Spread among family members and at worksites will also increase considerably as we see more and more cases among our younger residents,” she continued. “During this time of surging cases, in order to protect those most vulnerable, we ask that everyone, whether you are indoors and outdoors, keep face coverings on and stay 6 feet away from those who are older and those who have underlying health conditions. We do not want to bear witness to increased deaths among more of our beloved residents.”

The state on Friday issued a travel advisory urging residents to avoid non-essential travel. It also recommends that people traveling into California — whether they are visitors or returning residents — from another state or country to self-quarantine for 14 days. Los Angeles County health officials have a similar recommendation on the books, urging residents to travel out of state to quarantine upon their return.

The travel warnings come two weeks in advance of Thanksgiving, which has health officials on edge, fearing that gatherings of families and friends from multiple households could become super-spreader events.

Ferrer told reporters Thursday that residents need to celebrate the holiday in a way that is respective of the pandemic. She said residents should stay at home for the holiday, and if they do gather with other people, the events need to be restricted to three households and be held outdoors for a limited time, with face coverings and social distancing.

Ferrer warned Thursday that unless there is a reversal of the sudden surge in cases, the county may be forced to impose more restrictions on businesses and public activity. She didn’t elaborate on what those moves might entail, but they could potentially involve more capacity restrictions on indoor retail activity, limits on outdoor dining, possible closure of some types of businesses and a slowing or halt in allowing select students to return to in-person instruction.

“If collectively we fail to stop the acceleration of new cases, we will have no choice but to look at additional actions,” Ferrer said Thursday. “All around the country, elected officials and public health leaders are introducing new requirements to protect health care systems from becoming overwhelmed.

“We’ve been there before, just four months ago, and we worked really hard to get ourselves back to a place where our health was protected and our recovery journey could continue, and I know none of us wants to step back,” she said. “Which leaves us with one option, and that is to make good choices that reflect the reality of living during a pandemic.”