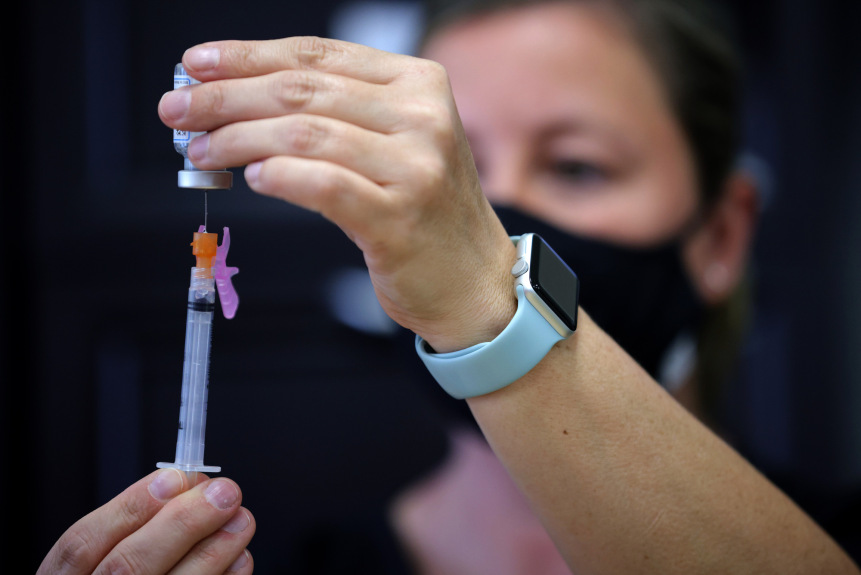 Among the fatalities was a child aged 12 to 17 with underlying health conditions, however — one of three children to die in L.A. County from COVID-19 since the pandemic began.

As of Wednesday, 22,960 L.A. County lives have been lost to the coronavirus. More than 1.2 million people have tested positive.

“We do need to continue taking care of each other if we want to maintain these low numbers of cases, hospitalizations and deaths,” said Public Health Director Barbara Ferrer.

Officials reported 729 people were hospitalized with COVID-19 in L.A. County, a number which for the first time in weeks ticked upward slightly — from 713 two days ago.

In cities operating their own health departments: Pasadena reported seven new cases, for a total of 11,100; its death toll rose by one, to 335. Long Beach’s 29 new cases raised its total to 51,846; four more fatalities raised the city’s death toll to 905.

Health officials general expressed satisfaction with the recent trendline in data, but were still concerned that mutations of the virus could lead to a resurgence.

In 73 samples of the coronavirus from people who tested positive over the past week found 63% with either the UK or the California variant, both known as variants of concern for their increased transmissibility that can potentially lead to more severe illness.

Other variants found by county testing labs included the New York variant and one case of a Brazilian variant of interest and not another variant from Brazil that’s of greater concern. Officials have not found it or the South African variant, another one being watched closely worldwide.

“While the specimens sequenced are not randomly selected, increasing the percent of variants identified most probably correlates with increased circulating of the known variants,” Ferrer said. “Their presence did indicate that mutated viruses are here from across the globe. It suggests these variants are increasingly widespread in the community.”

Ferrer said Wednesday she predicted the county could move into the state’s less-restrictive  orange tier as early as April 6 or 7.

The county must stay in the red tier for at least three weeks. Case rates by next week will likely be low enough to move to the next phase under the state’s guidelines, which will allow broader reopening of businesses and public gatherings.