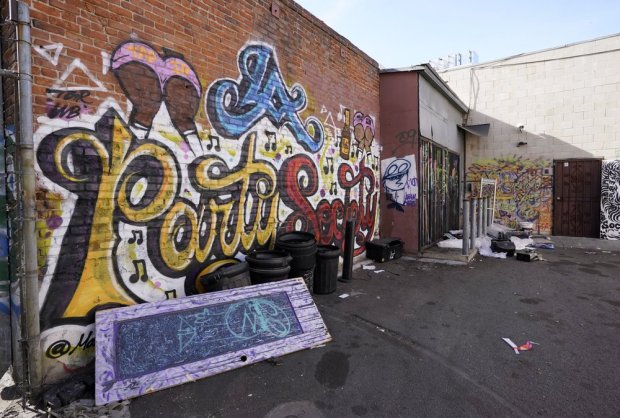 An underground nightclub operating in defiance of pandemic shutdown orders in Los Angeles is now the target of a city lawsuit that’s seeking to have the location shuttered for good.

City Attorney Mike Feuer said Monday that the small warehouse, located in the Fashion District in Downtown L.A. at 1114 S. Main Street, appeared closed, but was actually the site of numerous parties over recent months that he’s worried contributed to the spread of COVID-19.

LAPD was already eyeing the location after a series of violent incidents which police said involved club patrons. Feuer said there have been at least three shootings and two assaults there since July.

He described one of those incidents as a shootout between three men in the warehouse’s parking lot, which Feuer said faced an alley behind the business and served as the main entrance to the club. In that shooting, the three men fired at each other numerous times, “with one bullet striking a bouncer in the neck and another bullet hitting a second victim in the leg,” according to a city attorney’s office statement.

“We want to permanently shut down this location,” Feuer said.

He said the lawsuit, a nuisance complaint against both the building’s landlord and the tenant who allegedly operated the club, is part of the city’s attempt to crack down on gatherings made illegal under L.A.’s stay-at-home orders. Several huge parties thrown at mansions, mostly in the Hollywood Hills, have led to police calls and water and power shutoffs.

“There’s a statewide concern about clubs operating during the pandemic — our office has been focused on party houses,” Feuer said. “Those locations can be super-spreader events.”

In the complaint filed in November, the city attorney’s office said LAPD officers saw large crowds of people entering the club. Videos posted to Youtube and Instagram by the club operators, called L.A. Party Society, showed “the interior of the nightclub with flashing strobe lights, music playing, alcohol consumption, people smoking what appears to be cannabis, and scantily clad women dancing as patrons throw cash on them.”

More than 4,000 people are currently hospitalized for COVID-19 in L.A. County, the highest level since the beginning of the pandemic. Nearly 9,000 people have died from the virus here.

Feuer said the landlord, David Taban, runs two holding companies that have owned the warehouse since 2015. According to the complaint, Taban is being prosecuted for two other criminal cases in which he was accused of operating unlicensed marijuana dispensaries.

Feuer said the club operator, Yves Oscar, Jr., was arrested outside the location in August on an outstanding warrant for a sexual assault. He said Oscar allegedly began running the nightclub in late January 2020.

Attorneys for the nightclub and the landlord could not immediately be reached for comment.