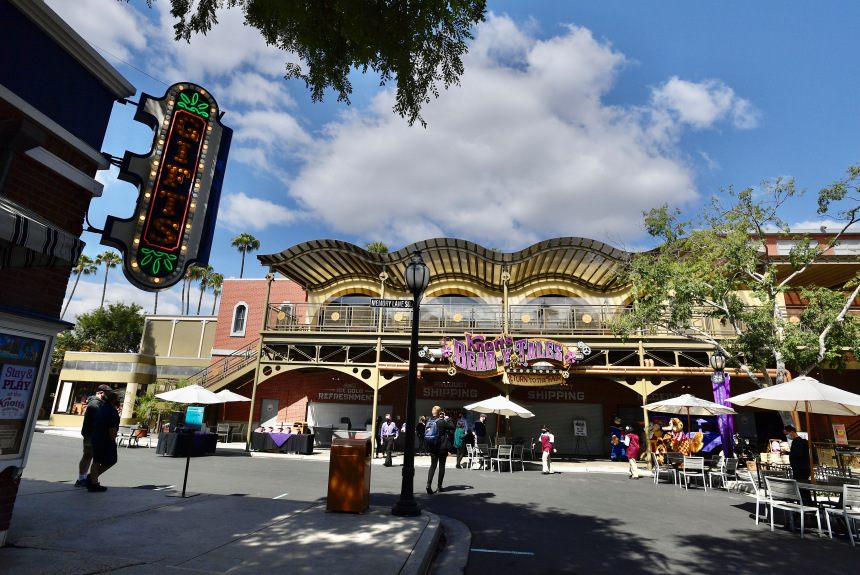 The roaring whoosh of the Silver Bullet coaster, the howling shrieks on the Supreme Scream drop tower and the soaking splashes of the Calico River Rapids water ride finally returned to Knott’s Berry Farm after a 13-month coronavirus closure.

The Buena Park theme park reopened with rides and attractions to season passholders on Thursday, May 6 after a 418-day closure due to the COVID-19 pandemic that began in March 2020. The park hosted a series of food festivals without rides during the pandemic closure.

Fans anxious to hop aboard GhostRider, HangTime and Calico Mine Ride had their wish granted when Knott’s finally swung open the gates just after 9:30 a.m.

Passholders were required to make advance reservations due to limited-capacity protocols instituted by state officials. Single-day visitors will need to purchase tickets online and make reservations when Knott’s reopens to the general public on May 21.

Knott’s is returning at less than 25% capacity permitted by state guidelines during the initial reopening of the park.

The reopening of Knott’s also brought the debut of the new Bear-y Tales dark ride with plans to celebrate the park’s 100th anniversary and relaunch the Summer Nights food festival later this month.

The Knott’s Bear-y Tales: Return to the Fair pays tribute to a fan favorite dark ride from the 1970s with a new 4-D interactive attraction that adds a modern digital twist to the original story with Boysenberry Blasters that fire jam at pie-thieving coyotes during game play that unfolds on a series of massive screens.

Some rides and attractions — including the Butterfield Stagecoach and Huff and Puff kiddie ride — were shuttered for coronavirus-related reasons and will reopen at a later date. FastLane front-of-line passes were not available.

Shows in the Charles M. Schulz Theatre and other entertainment were curtailed by pandemic restrictions.

Masks are required on rides, in queues and during character photo opportunities. Masks can be removed to eat and drink in designated outdoor dining areas.