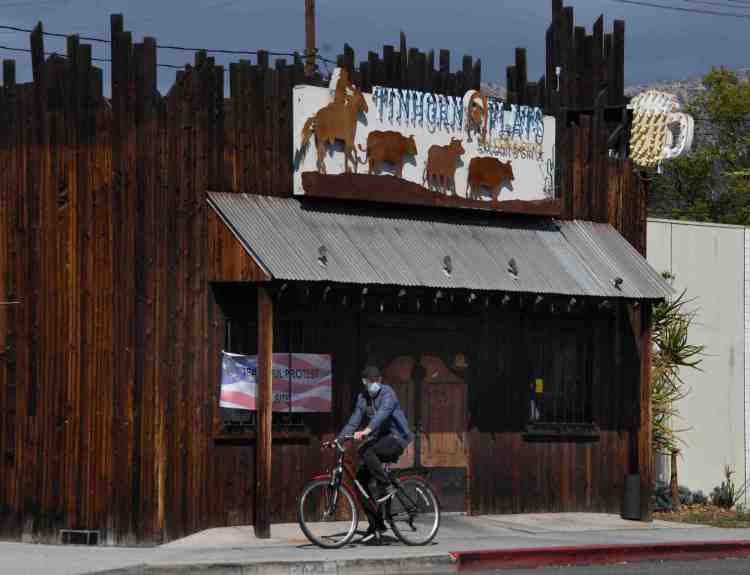 A judge granted a temporary restraining order Monday allowing the city of Burbank to enforce its closure order of a local restaurant that had continued offering outdoor dining service during the coronavirus pandemic despite the revocation of its health and conditional-use permits.

Restaurant attorney Mark Geragos argued that the city was shutting down a business and taking away the livelihood of its owners without giving them sufficient notice of the lawsuit.

But Senior Assistant City Attorney Michael M. Lee said notice and service of Barfly was proper and that restaurant CEO Baret Lepejian was notified by email in the same way communications were made with him in the past and that there was no bounceback of the communication.

The judge scheduled a March 26 hearing on whether the temporary restraining order should be extended with a preliminary injunction.

The city maintains the restaurant is an ongoing public nuisance and asked that it be granted permission to padlock the doors and shut off the electricity until the owners bring the establishment into compliance with mandated coronavirus health orders.

“Defendants’ continued operations without a public health permit and CUP, especially in the midst of the COVID-19 pandemic, demonstrates defendants’ flagrant flouting of the code, regulations, rules and standards required for health and safety practices in businesses such as restaurants,” the suit states. “Allowing this to go unchecked could embolden other restaurants and facilities to flout the same permit requirements, which would further undermine public health and safety.”

The county and city actions took place after numerous complaints were received about the Tinhorn’s continued offering of outdoor dining on its patio in violation of the applicable health officer orders at a time when such activity was banned in Los Angeles County, according to the suit. The ban was relaxed in late January.

“The vast majority of restaurants did their part and acted as good citizens by complying with these orders, despite the tremendous difficulty and hardship they have suffered as a result,” according to the suit. “Not everyone has borne the sacrifice willingly.”

Along with Barfly Inc., the operators of the Tinhorn, the other defendants in the suit are Baret Lepejian, who is currently out of the country; his son, Lucas Lepejian; his daughter, Talya Lepejian; and property owner Isabelle Lepejian, whose relationship to the others is not stated in the complaint.

The temporary restraining order is not enforceable against the individual defendants.