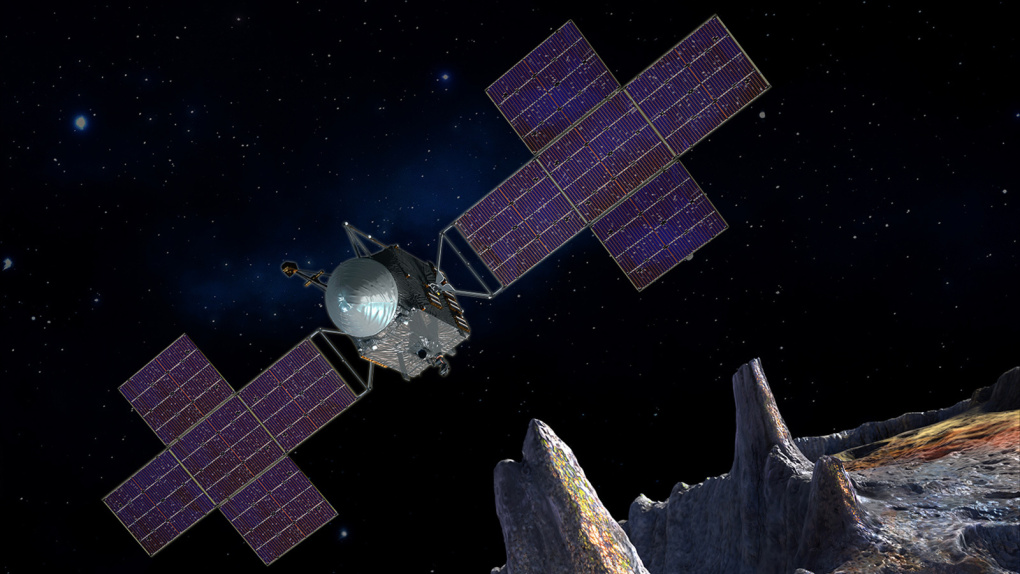 Technicians at Jet Propulsion Laboratory on Monday, March 29, were beginning final assembly and testing work on a spacecraft designed to explore a largely metallic asteroid in hopes of gaining insight on the formation of planets.

The van-sized chassis of the Psyche spacecraft arrived at JPL in La Cañada Flintridge over the weekend from Maxar Technologies in Palo Alto.

Over the next year, JPL technicians will do the final assembly work on the craft and then conduct extensive testing leading up to a planned August 2022 launch from Cape Canaveral in Florida.

“Seeing this big spacecraft chassis arrive at JPL from Maxar is among the most thrilling of the milestones we’ve experienced on what has already been a 10-year journey,” said the mission’s lead investigator, Lindy Elkins-Tanton of Arizona State University. “Building this complex, precision piece of engineering during the year of COVID is absolutely a triumph of human determination and excellence.”

The Psyche spacecraft is expected to spend 21 months orbiting an asteroid of the same name that was discovered in 1852. Researchers believe the asteroid consists primarily of metal from the core of an early planet, meaning it could shed light on the formation of Earth and other planets. It’s billed as the first mission targeting a largely metal object, rather than one of rock and ice.

But despite the excitement that comes with the start of the final assembly and testing phase, that process will take about a year under a tight schedule. Psyche resides in an asteroid belt between Mars and Jupiter.

“It’s exciting watching it all come together, and it’s the part of the project life cycle that I love the most,” said JPL’s Henry Stone, Psyche project manager. “But it’s a really intense phase as well. It’s intricate choreography, and if one activity runs into a problem, it can impact the whole process. Staying on schedule at this phase of the mission is absolutely critical.”

While the craft’s chassis is now at JPL, its three main science instruments will be arriving in the coming months — a magnometer to measure the asteroid’s magnetic field; a multispectral imager to take photos of the surface; and a spectrometer to analyze neutrons and gamma rays emitted from the asteroid’s surface.

Once the spacecraft is fully assembled, it will be moved into JPL’s vacuum chamber where it will undergo extensive testing to ensure it can operate in deep space.

If all goes according to plan, the spacecraft will be shipped to Florida next spring. If launched on schedule in August 2022, it will pass by Mars in May 2023 and arrive at the Psyche asteroid in January 2026, beginning its 21-month mission.