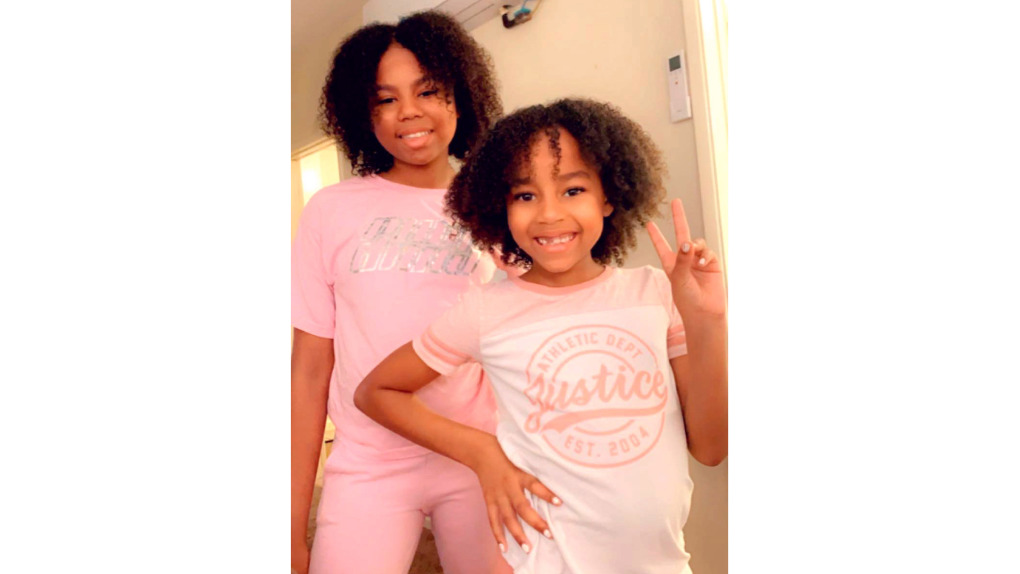 This was going to be a great year.

Dennis and Destiny Van Sciver, an Inglewood couple who have been married 10 years, had planned to renew their wedding vows in Mexico. They bought the dress, the suit and the plane tickets.

It was supposed to be such a great year, they contacted a real estate agent and were planning to buy a house.

But then, in January, their oldest daughter, Kimora, who is 12, began feeling unbearable pain in her hip. In February, she was diagnosed with avascular necrosis. She is due for hip replacement surgery in December.

And that wasn’t the worst part.

It has been a horrible year for the Van Scivers, and the horror has nothing to do with COVID-19.

When Kimora went into the hospital, they canceled their wedding. They each declined their work promotions. And they agreed to delay buying a house.

The Van Scivers decided to put their lives on hold and devote all their attention to healing their daughters.

That’s why they contacted DKMS, a company that finds donors for patients with blood cancer.

Here’s the problem, as if there weren’t enough problems.

Because the Van Sciver sisters are African American, the numbers are stacked cruelly against them.

The two sisters had a 1-in-4 chance of having sickle cell anemia passed on from their parents.

First, Kimora was born with the disease. Then, three years later, Destiny Van Sciver got pregnant again. This time, they thought a second daughter would be a DNA match with the first. Kylie could donate bone marrow to save her sister from a lifetime of pain and a constant fear of death. Doctors preserved Kylie’s umbilical cord to extract bone marrow.

But Kylie, too, was born with the disease.

Caucasians make up 70 percent of the registry. Latinos (10 percent) and Asians (7 percent) also have more donors than African Americans.

Maybe the only good news in this story is that if a donor is found, one donor can cure both sisters.

“Finding a match is totally a numbers game,” said Lateasha Rodriguez, a donor recruiter for DKMS. “They need to keep fighting, keep spreading the word. It is going to be a difficult road.”

This week, Destiny said she met a young woman in the hospital who said she just recently found a donor for her own blood disorder.

She had been waiting 10 years.

“I want it (sickle cell) gone,” she said. “I want a better life for my child. I can’t let this disease take any more from her.”

The difficulty DKMS and the Van Scivers are encountering in the Black community is that potential donors are reluctant to sign up.

“They think it is going to be extremely painful,” Rodriguez said. “That couldn’t be further from the truth.”

Rodriguez said there are two ways to donate. One is like donating platelets, which requires blood to be drawn from the donor’s arm. The second is a needle through the hip, and it is done under anesthesia.

“Most of the pain is after they wake up,” Rodriguez said.

Destiny said she has tried to convince people to sign up, but she hasn’t been very successful.

“When I talk to people, it’s out of fear,” she said. “Every day I pray. Giving up is not an answer.”

DKMS is the second company the Van Scivers have tried. First, they were with Be The Match, but they didn’t get results. So they switched to DKMS, which has offices in Germany, Poland, the United Kingdom, Chile and India, as well as the United States.

DKMS, which stands for Deutsche Knochen Mark Spenderdatei (German Bone Marrow Registry), was founded in 1991 by Dr. Peter Harf. Harf’s wife, Mechtild, died of leukemia and he promised her he would work to find matches for people with blood cancer.

Kimora has spent the past few weeks in the Children’s Hospital of Los Angeles. Destiny visits her on weekdays. Dennis goes on the weekends. Kylie, so far, hasn’t had to live with the pain her sister has. Kylie runs track at Cowan Elementary School and visits her sister.

Dennis and Destiny have had a lot of help from their mothers. All their lives are on hold until, at least, after Kimora’s surgery.

Dennis’ 33rd birthday was last week, but there wasn’t much celebrating. He said Destiny got him a box of See’s candy.

“Watching my child suffer … I feel helpless,” Dennis said. “There is nothing I can do.