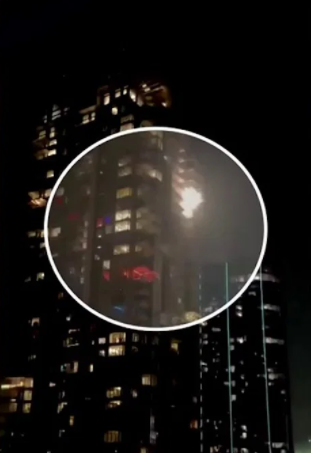 Illegal fireworks launched from a downtown Los Angeles parking lot on the Fourth of July exploded in a bright flash on the balcony of a high-rise building and started a small fire.

Video shows the fireworks hit the side of the building before an explosion several stories above Hope and 12th streets, where a group had been setting off illegal fireworks Sunday night.

“I was shocked, definitely didn’t see that coming,” said Andrew Yi, who captured video from a nearby balcony.

Yi said the fire was quickly extinguished. Firefighters responded to a report of a fire at the building around 10:40 p.m., but it was out by the time they arrived.

Witness said the people who launched the fireworks ran to their cars and left.

“As soon as it hit the building, I saw everybody just leave and run to their cars,” Yi said.

No arrests were reported.