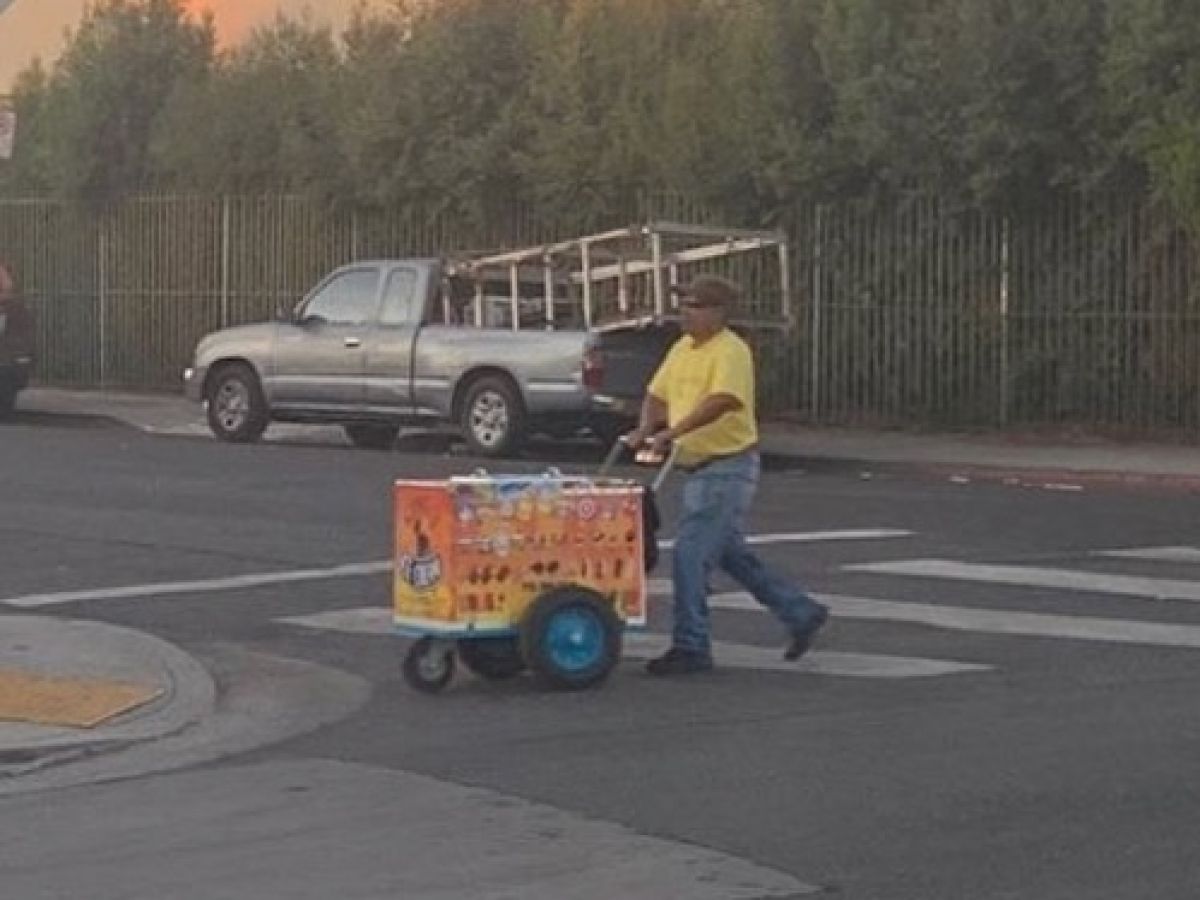 A vendor who sells ice cream is speaking out after he was viciously attacked and robbed in Los Angeles earlier this week.

Miguel Medina had just started his day selling ice cream in Downtown Los Angeles when he was targeted by two suspects.

“They didn’t say anything, they just asked for an ice cream and when he was going to sell the ice cream they hit him,” friend Adan Reyes said translating for Medina.

“If they wanted the money, they could ask him for the money but they didn’t need to hit him.”

The 58-year-old ice cream vendor was beaten and robbed Tuesday afternoon in broad daylight near Birch and 12th streets.

The suspects took money, papers — anything in his pockets.

“It’s very hard for him because he doesn’t make much money. Everyday, the money he makes he uses for his living and to help his family in Mexico,” Reyes said.

Medina has been working as a street vendor selling ice cream for the last eight years. He said he has never been robbed before.

Police are searching for the suspects and hoping the public will be able to help track them down.

Medina is recovering and nervous about returning to the job he can’t afford to lose.

“He likes to sell. He wants to make money so he doesn’t care about how to make his money but he is going to be scared now to sell on the streets,” Reyes said.

Medina works everyday to try to make ends meet. A GoFundMe has been set up to help him.

Police are searching for the suspects. They say three are involved — two in the beating and a third in the getaway vehicle.

Anyone with information was urged to call the LAPD.