How the original site in the Clean California program looks now 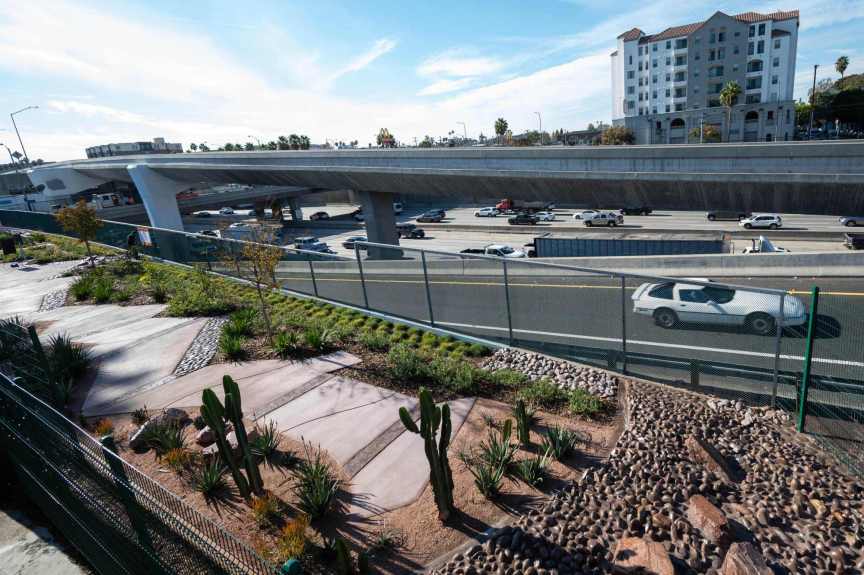 Seven months after kicking off the Clean California program to clear trash from thousands of lots near freeways, Gov. Gavin Newsom on Wednesday, Dec. 15 returned to the same lot, only this time it was nice and shiny with scrubbed concrete, lots of new plants and no trash.

It was quite a change from what Newsom and Caltrans workers found on May 11 at the site near the 110 Freeway, not far from the University of Southern California.

“I remember all the needles,’” Newsom said. “We moved a mattress and my back was out for the next two weeks. Here we are seven months later and it exceeds expectations.”

Since July, Caltrans has collected 3,800 tons of trash – enough to fill more than 70 Olympic-size swimming pools – and made more than 600 conditional job offers as part of the program.

Newsom also said he is expanding the program to offer cities and counties local grants to set up their own programs. A total  of $300 million will be awarded on March 1, 2022 and he also is proposing to add another $100 million in the next year’s budget.