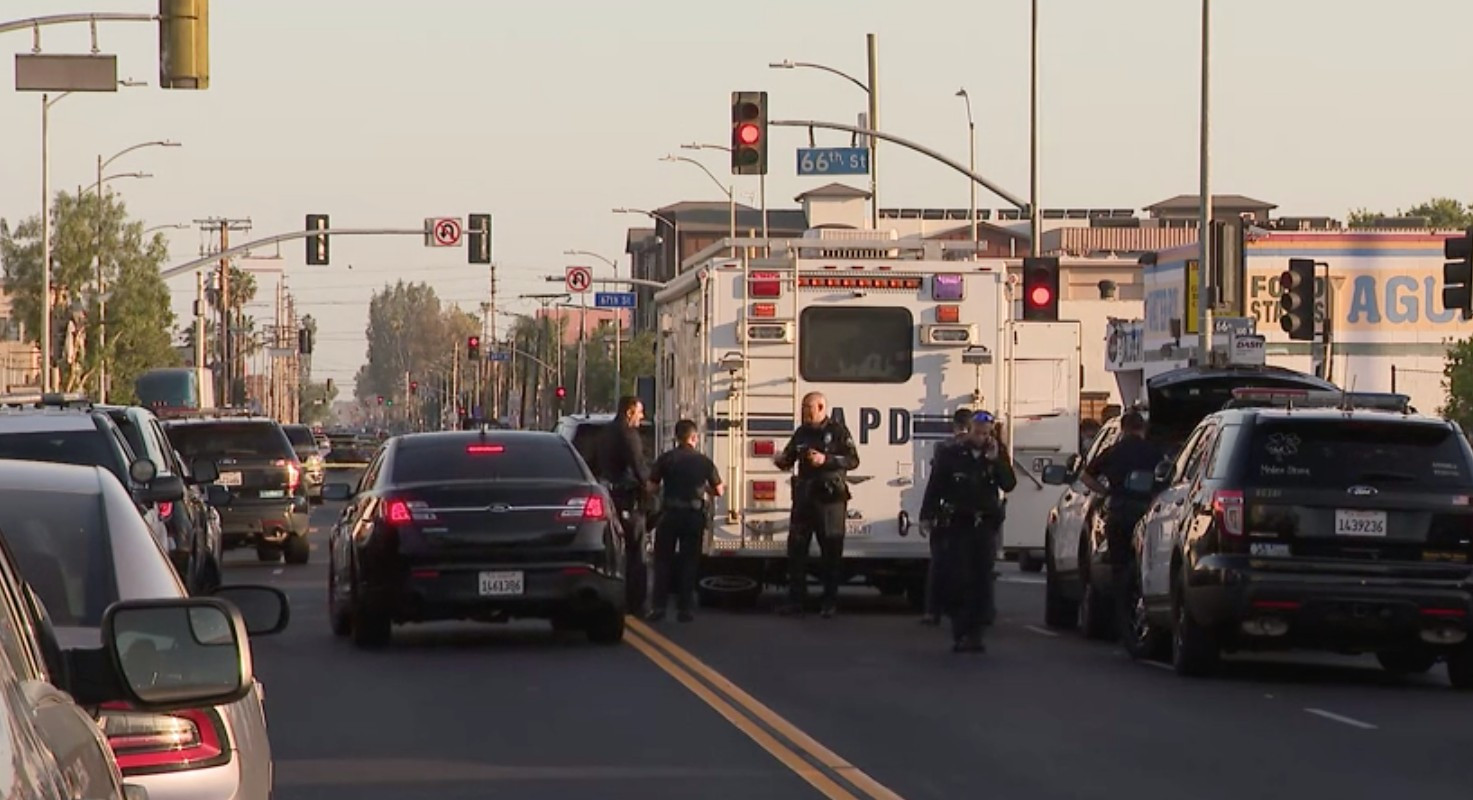 Ontario police on Monday named the homicide suspect who got into a shootout with officers attempting to apprehend him in South Los Angeles.

The suspect is 34-year-old Antonio Valdez of Ontario, police said. Valdez was arrested on Tuesday, May 4, in the 100 block of East 66th Street in Los Angeles.

Valdez is alleged to have fatally shot his roommate just after midnight on May 1 after a verbal dispute turned violent in the 2500 block of Riverside Drive, according to Officer Bill Lee, spokesman for the Ontario Police Department. His roommate was identified as a 32-year-old man, however, police hadn’t released  his identity as of Monday evening.

When police responded, the suspect had fled the scene, Lee said. However, Valdez was positively identified as the suspect and an arrest warrant was put out for his capture.

On May 4, Ontario police were conducting surveillance when Valdez was identified as he entered a vehicle.  As he drove away, a marked Ontario police car attempted to stop Valdez’s vehicle and he led officers on a short pursuit, according to police.

Valdez crashed into a parked car, then exited his car holding an assault rifle and pointed it at an Ontario officer, according to police. One Ontario officer fired his handgun at Valdez, however, neither Valdez nor any officers were injured during the incident.

Valdez fled on foot but was taken into custody with help from the Los Angeles Police Department, police said.

Valdez was allegedly in possession of an assault rifle, a handgun, ammunition and body armor.