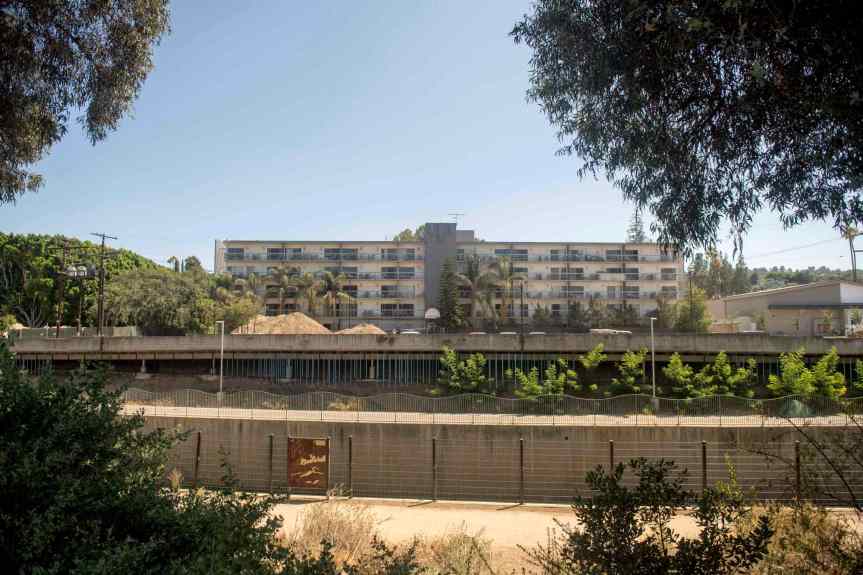 Homeless service providers appeared to be scrambling to find temporary landing pads for dozens of unhoused tenants still staying at the Sportsmen’s Lodge in Studio City on Friday, July 23, just a day before a pandemic aid program is set to end at the hotel.

The Sportsmen’s Lodge is one of several sites that have sheltered unhoused Angelenos in the past year as part of Project Roomkey, a program to temporarily place people who did not have housing in which to quarantine themselves during the deadly coronavirus outbreak.

Due to the lease with the City of Los Angeles ending at this hotel, the Project Roomkey program there is closing Saturday, July 24. The program has been ramping down over the past several weeks, opening up uncertainty for the nearly 200 tenants who had been staying there about where they were off to next.

About a month ago, representatives for the site’s service provider, LA Family Housing, said that there were 194 people at the hotel, and they were planning to move about 100 people in an initial phase to move couples into a nearby hotel.

Los Angeles Homeless Services Authority officials who are leading the ramp-down of Project Roomkey sites have said that it is inevitable that some residents will be offered congregate shelters once these programs end. But last week, Roomkey tenants at the Sportsmen’s Lodge issued a demand letter urging that they not be sent to congregate shelter sites, citing past traumatic experiences many have experienced at such facilities.

As of Friday, it was unclear whether those demands were ultimately met, but over the past week, several Roomkey tenants reported they were offered rooms at various motels in the San Fernando Valley, as well as at a hotel in downtown Los Angeles. While some had initially reported being offered shelter sites — and were asked to sign letters that required them to exit the program if they refused those offers — some said they refused to sign them, and were later offered motel or hotel rooms instead.

Throughout this week, some tenants said they worked with activists or lobbied on their own behalf to secure temporary housing sites at some of the nearby hotels, in order to avoid being sent to a congregate shelter.

A Los Angeles Daily News reporter was unable to gain access to the hotel, despite saying she was there to speak with tenants. Interviews with tenants who had reached out or were referred to the press because they were concerned about how they were being treated and where they might be placed were instead done off of the premises or by phone.

Multiple attempts to by Los Angeles Daily News reporter this week to obtain more specific details about the Roomkey program at Sportsmen’s Lodge went unanswered, or were referred to Los Angeles Homeless Services Authority officials who provided only general information about how typical ramp-down efforts operate. There was also no official information provided about how many people remained at the hotel throughout the past week.

Meanwhile, some unhoused tenants — who had gone into the program with the hope of getting permanently housed — described a situation in which they were being provided uncertain and sometimes conflicting information about where they were headed. Some said they were treated as unwelcome guests during the wind-down. Seemingly driving home that feeling was the shutting off of hot water at the hotel this week. Some residents said they viewed it as one of many tactics to drive them out and to force them to accept whatever options offered them as alternate shelter.

Officials, however, said the shutoff was caused by ongoing construction at the site. Temporary outdoor showers were brought in during the week.

The mood at the hotel had become more tense, according to some residents. “We have to practically beg to get our doors open to get into our rooms,” said Edward Duke, 41. “They give us dirty looks, a hard time — they make us feel belittled … it’s been so bad that I hardly come here at all (into the hotel), you know? I mean, I’ll sit out in my car for hours, hours and hours just to not have to come in and deal with them, security just manhandling everything that I have.”

“It’s a nightmare,” Duke said. “I feel it’s being treated like that so that we will give up and leave. Everything’s just to get us out that much faster.”

“The move is triggering for many of our participants and my staff has been working incredibly hard to minimize that trauma with frequent communication during the last four weeks leading up to this week’s final closure of Sportsmen’s Lodge,” said Stephanie Klasky Gamer, President and CEO of LA Family Housing. “The unfortunate shutoff of hot water this week was not related to this closure whatsoever — that shutoff was part of the hotel owner’s construction schedule and was built into his original contract with the city last year.”

She added:  “We appreciate that this is a stressful week as we facilitate more than 100 people moving off site at once and recognize that residents and staff alike are feeling the pain…but it would be unfortunate to imply that there are ‘tactics being taken to make residents feel unwelcome.’ This is a time for grace and support of our participants, and our staff dedicated to their well-being through a smooth transition.”

LAHSA officials, homeless advocates and service providers all point to the lack of permanent housing in local programs aimed to help the unhoused, even as the number of temporary shelters grows. In May, LAHSA officials said in a committee meeting for their agency, that they face a “deficit” of permanent housing options that would ultimately allow those who are now being moved into temporary sites to become housed.

LAHSA’s executive director, Heidi Marston, echoed this in a briefing this week on the Los Angeles county region’s housing availability. She said that while there have been “permanent housing options through investments like (Proposition HHH, a bond measure to build permanent housing for the unhoused), there needs to be more investment in permanent housing, because without that people will go into shelter and they will become stuck without anywhere else to go.”

The service provider said earlier this month that 21 people living at Sportsmen’s Lodge had moved into permanent housing in June, as the program was ramping down. That does not include any additional placements in permanent housing since July 6.