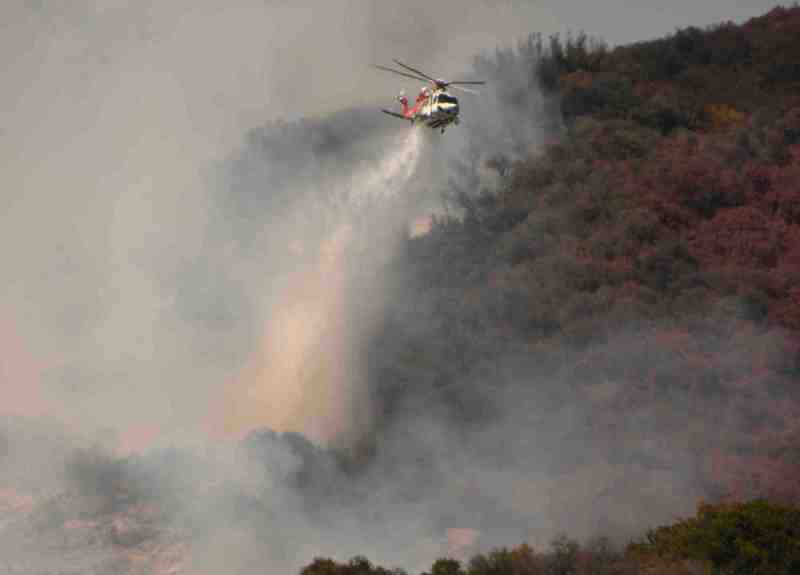 Police have identified a homeless man who was arrested over the weekend as the culprit who started a fire in Pacific Palisades, which officials continued to battle for a fifth day on Tuesday, May 18.

The fire’s path remained at 1,325 acres and was 23% contained as of Monday evening, the last time statistics have been provided by fire officials.

Ramon Santos Rodriguez, 48, was taken into custody Sunday afternoon and booked on suspicion of felony arson, said Officer Lizeth Lomeli, a Los Angeles police spokeswoman. He was being held on $101,000 bail, she said.

He was not identified until Tuesday by authorities.

Details about why investigators believe Rodriguez was responsible for the blaze were not released. Authorities had said on Monday he was receiving medical treatment but did not elaborate.

A mandatory evacuation order for the Topanga area that was in place for a couple of days but lifted Monday evening.