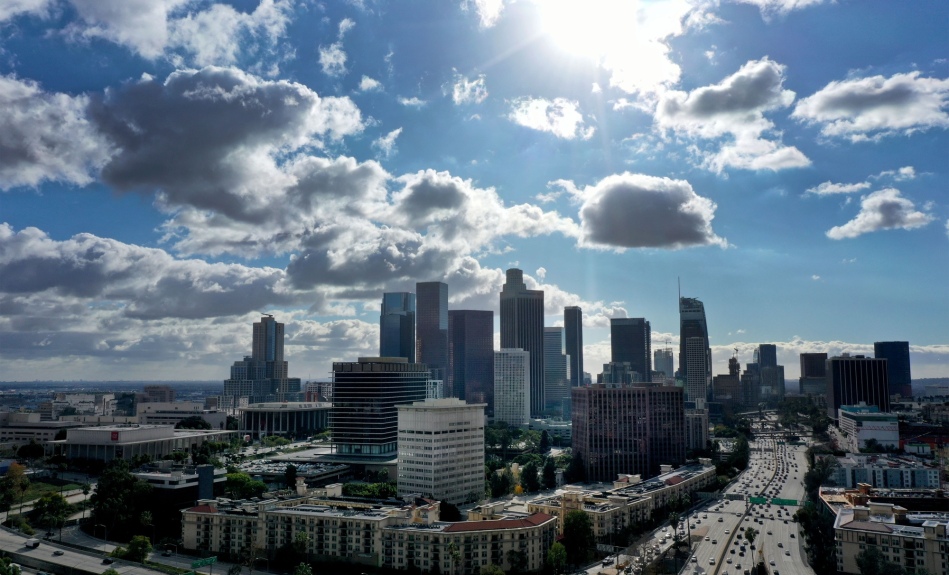 A storm expected to bring more rain and snow than the last one is expected to roll into the region early Wednesday morning, Dec. 29, meteorologists said.

There were scattered showers in some areas Tuesday night, but the storm is projected to bring rain through Thursday, with up to 2 inches along with coast in Los Angeles and Orange counties, and up to 4 or 5 inches in foothills, valleys and some parts of the Inland Empire, meteorologists said Tuesday.

A few inches of snow could fall as low as 4,000 feet, with places in higher elevations such as Big Bear possibly seeing up to 3 feet of snow, said Elizabeth Schenk, a National Weather Service meteorologist.

“Really try to be careful traveling over the next few days,” she said. “Precipitation will be very heavy and lead to travel delays, especially if people are traveling in the mountains. Make sure to check road closures and things like that before you venture.”

A flood watch was in effect for Orange County, the Inland Empire and mountain areas from 10 a.m. Wednesday to 4 p.m. Thursday. A winter storm warning was announced for mountains areas in Los Angeles, San Bernardino and Riverside counties from 1 a.m. Wednesday to 4 a.m. Friday.

A voluntary evacuation warning was issued for those who live in the Bond fire burn area in Orange County, starting at 10 a.m. Wednesday. Silverado, Williams and Modjeska canyons Canyon were all included in the warning.

Areas such as Crestline could see some snow mixed in with rain, Schenk said. Places at around 5,000 feet or higher could see anywhere from 6 to 12 inches of snow, she said.

“In addition to the heavy snow, we’ll be looking at some strong southwest winds with gusts up to 55 mph,” she said. “Those strong winds with the very heavy snowfall will reduce visibility, making travel difficult or nearly impossible at mountain passes.”

Chain control areas were already in effect for some mountain areas on Tuesday.

In Orange County and the Inland Empire, high temperatures were expected to be 15 to 20 degrees cooler than normal for this time of year, Schenk said.

High temperatures for most areas in the Inland Empire, Orange and Los Angeles counties should stay in the 50s, forecasts show.

Santa Ana and Long Beach’s expected high temperatures for Wednesday was 58 degrees, with 51 degrees in Hemet and 53 degrees in San Bernardino.

The storm will clear up for New Year’s weekend, but another storm could roll in next week, said Kristen Stewart, a National Weather Service meteorologist.

“It’s a pretty cool and wet pattern going into the new year, which is good considering what we’ve been seeing this year,” she said. “Last year was a bit of a bust. Next year is starting out strong, at least for now.”