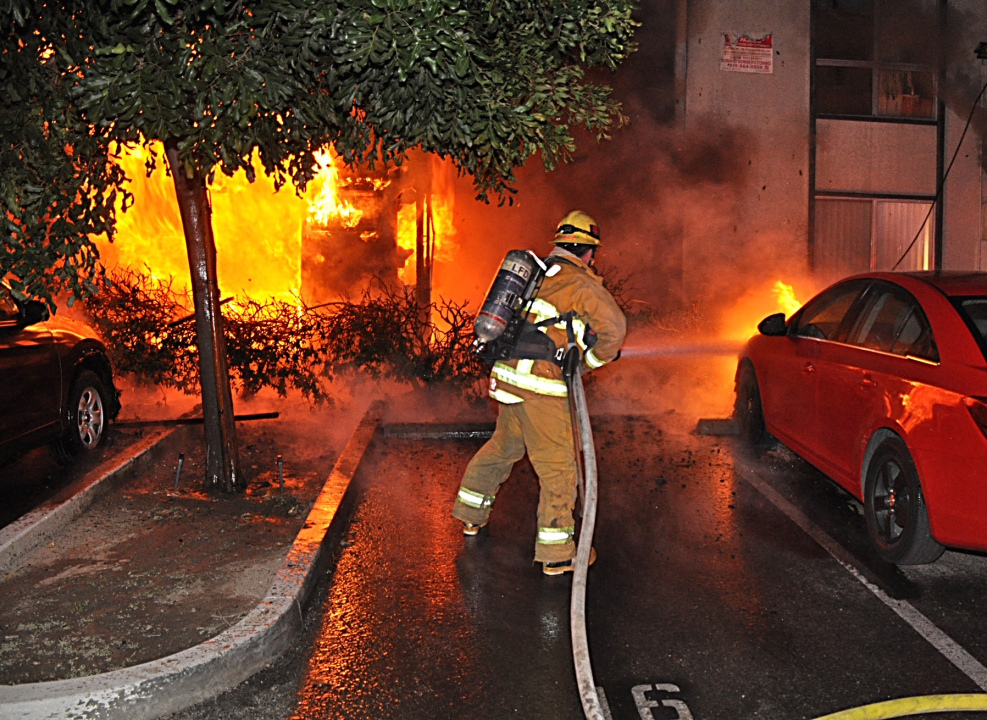 Fire ripped through an upstairs unit in a two-story apartment building early Tuesday morning in Canoga Park and spread to both floors.

Firefighters responded at 1:52 a.m. to 21315 Roscoe Blvd., near Canoga Avenue, and found heavy fire coming one of the units, according to Margaret Stewart of the Los Angeles Fire Department.

A total of 78 firefighters battled the flames, and a knockdown was called at 2:24 a.m., she said.

No injuries were reported, and the cause of the fire was under investigation.