Hate crimes surged nearly 20% since the beginning of the pandemic 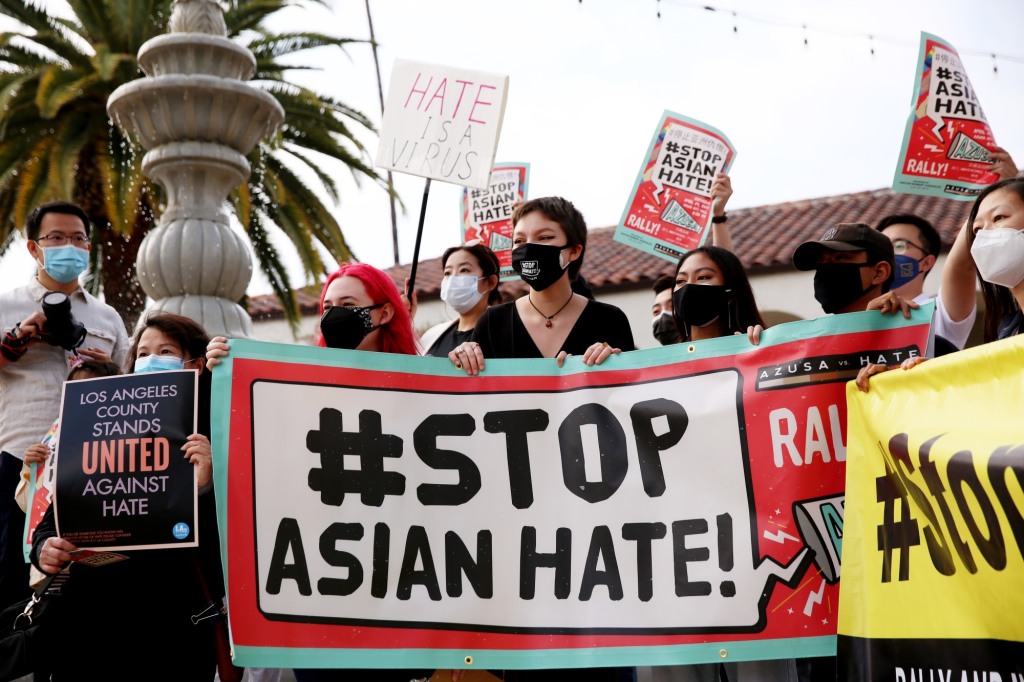 Hate crimes surged by 20% across Los Angeles County last year, marking the third consecutive annual increase and the largest spike since 2008, according to a report the Los Angeles County Commission on Human Relations released Wednesday, Nov. 10.

The county saw 434 reported hate crimes in 2020, the report said, with evidence of white supremacist ideology existing in 19% of those, compared to 22% the previous year.

There were no hate-motivated murders but there was one attempted murder, similar to the previous year.

The report did not rely solely on statistics, however. Rather, it also described some specific attacks. Local officials and community activists, meanwhile, noted how the political climate of 2020 likely contributed to the increase, with one of the most divisive national elections in recent memory and coronavirus pandemic becoming a highly partisan issue.

The report described an instance where a transgender Latina was attacked by three suspects who are members of the gang Mara Salvatrucha-13, who stabbed the victim 13 times in the neck, chest, arms, abdomen and back after shouting anti-LGBTQ language.

The suspects were later arrested and one has been charged with attempted murder.

“I am committed to doing all that I can to make LA the place where diversity is embraced and protected,” said Los Angeles District Attorney George Gascón during Wednesday’s press conference. ” 2020 was an unusual year. Every community group was a potential target for hate.”

Gascon’s office, he added, is working on not only prosecution but also on community outreach, prevention, education and training, and working with community organizations and nonprofits.

In 2020, 94% of gender-motivated crimes were violent, followed by sexual orientation, racial and religion.

African Americans were also over-represented as victims of sexual orientation and anti-transgender crimes, the report said.

The rate of religious-based violence, meanwhile, fell from 32% to 23%.

The most frequently targeted group was Jewish people. The majority of anti-religion hate crimes were acts of vandalism, followed by acts of intimidation and disorderly conduct.

Since the beginning of the pandemic, the county — and the nation overall — has also seen an upswing in anti-Asian hatred, including brutal, unprovoked attacks on senior citizens, women and families — with some horrific videos of attacks going viral.

“It is very unfortunate to see an alarming increase in hate crimes throughout the County of Los Angeles,” said Steve Kang, director of external affairs at Koreatown Youth & Community Center. “Hearing of this violence on a daily basis brings deep anger and grief.”

“The AAPI community has experienced an unprecedented rise in anti-Asian hate,” Kang added, referring to those who are Asian American or Pacific Islander, “and KYCC remains committed to rejecting all forms of racism and bigotry within our community so that we can continue our work to keep families safe and healthy.”

Everyone, Kang said, should take part in preventing and speaking out against hate crimes and systemic racism.

“We encourage everyone to report all incidents of hate,” Kang said, “and ask that we stand together to prevent future attacks on our vulnerable population.”

Still, the rise in anti-Asian hate crime in 2020 was exceeded by skyrocketing racial hate crimes targeting those who are African American, Latino and White, the report said.

Other highlights from the report include:

Authors of the report said the hate crimes documented in the analysis represent only a portion of those committed last year. The U.S. Justice Department reported in 2017 that more than half of all hate-motivated incidents, including hate crimes, were not reported to law enforcement.