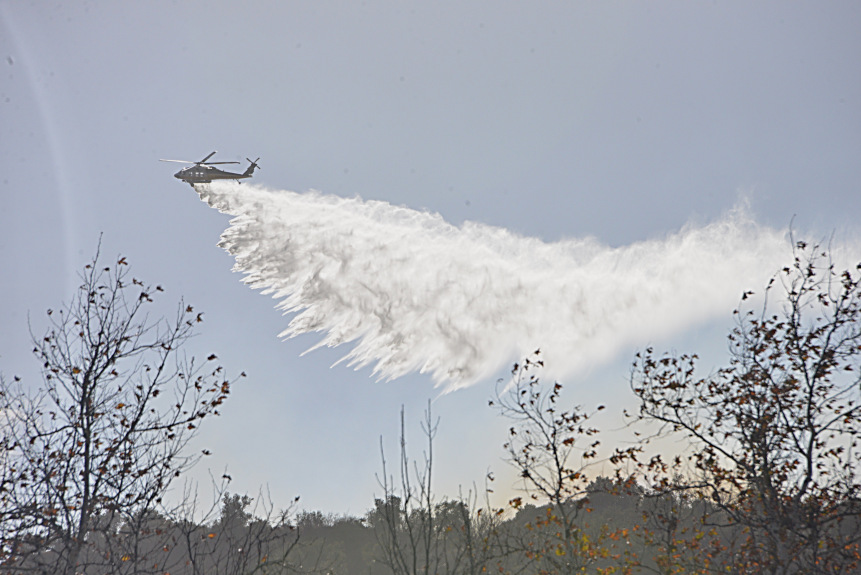 The Towsley fire was reported at about 1:27 p.m. in Newhall, on the 24000 block of The Old Road. Los Angeles County Fire Department officials said. It had spread to about 50 acres of light to medium brush near by 2 p.m., but no structures were threatened.

Winds of 20-30 mph reported in the area drove plumes of smoke as far west as Simi Valley and contributed to the fire’s growth. It had scorched at least 167 acres by 6 p.m., with 10 percent of its perimeter secured by firefighters at that time, Los Angeles County Fire Department spokeswoman Imy McBride said.

Another fire burned Tuesday afternoon about 13 miles northeast in Canyon Country. The Whites fire was reported at 2:35 p.m. on Whites Canyon Road near Todd Longshore Park. Crews responded within five minutes and quickly halted its growth. The fire was stopped as of 3:09 p.m. after singing just one acre.

Another wind-driven fire to the east in San Dimas was fully contained after burning 21 acres Tuesday afternoon. The Kellogg fire was initially spotted at 1:30 p.m., and fanned by intense gusts as it burned along the 10 Freeway near Kellogg Drive.