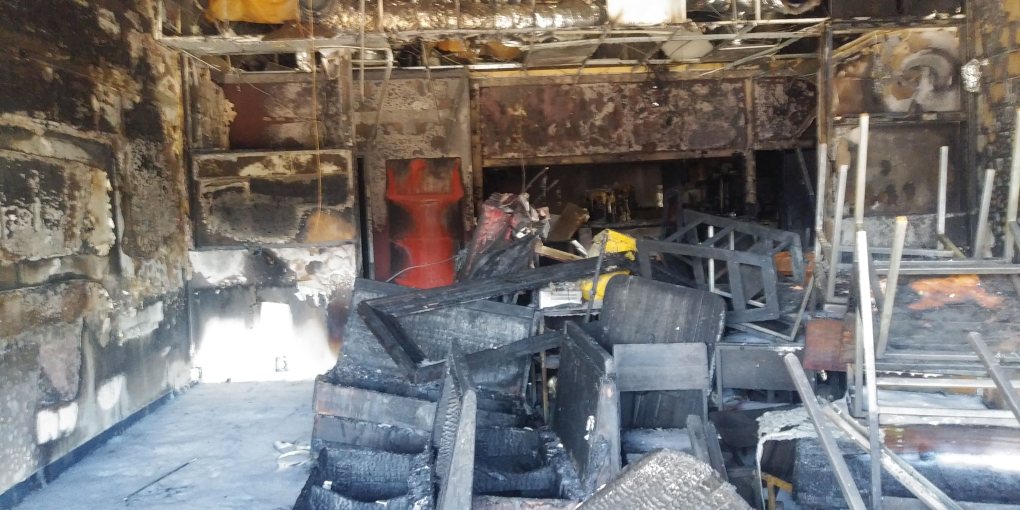 The blaze in the Sherman Oaks Plaza strip mall on the south side of Ventura Boulevard was reported at 2:54 a.m., and it took 31 firefighters 21 minutes to put out the fire, said department spokesman Nicholas Prange.

Papakuna Authentic Peruvian Cuisine, the eatery occupying space No. 25 at the strip mall, 15030 Ventura Blvd., was gutted by fire.

A fire department inspector posted notices forbidding entry until all debris is removed at Papakuna as well as the restaurant occupying the space next to it.

Papakuna had recently changed its name from Picante Peruvian Cuisine. The fire burned the restaurant’s overhead sign beyond recognition. All that remained was a small “…pakuna” on the left side of the restaurant’s strip-mall space.

No injuries were reported, and the cause of the fire is under investigation, Prange said.

The LAFD originally gave an address for the fire that matched the Blu Jam Cafe, which is across the street and was not affected by the fire.