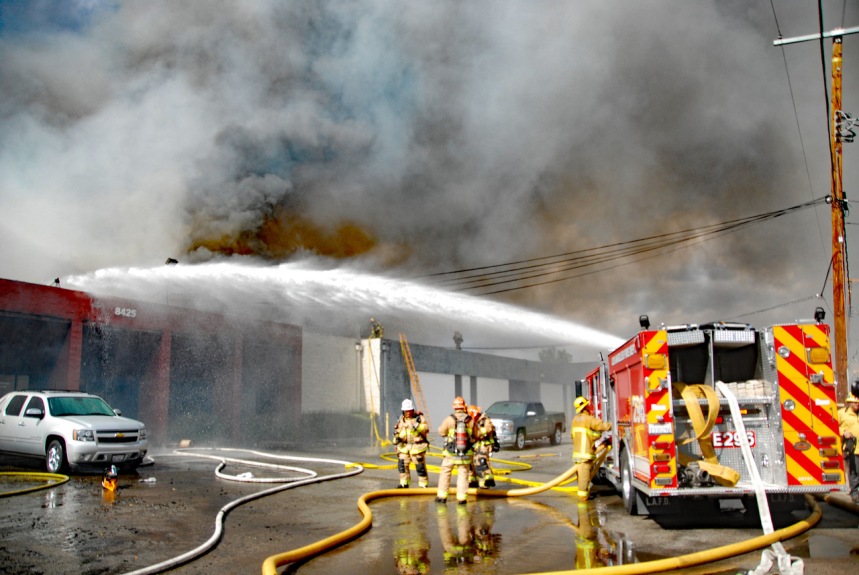 Charred human remains were found Tuesday, Oct. 19, in the rubble of a Canoga Park commercial building that housed an apparent drug-processing operation and erupted into flames the day before, while fire officials confirmed that a second person who was burned in the blaze died at a hospital.

Firefighters sent to the 8400 block of North Canoga Avenue about 12:20 p.m. Monday extinguished the flames in an hour and 15 minutes, according to the Los Angeles Fire Department.

The cause of the fire remained under investigation.

Paramedics took three men to a hospital with burns. A 28-year-old man died at the hospital, according to Brian Humphrey of the LAFD. His name was withheld pending notification of his relatives.

“The men’s affiliation with the premises has not been confirmed, nor has the full name of the business(es) involved,” Humphrey said in a Tuesday statement.

Firefighters sifting through the rubble in the building on Tuesday morning discovered the human remains believed to be those of an adult, Humphrey said. The remains were found in a bathroom, LAFD Capt. Erik Scott said.

The building apparently housed an operation involved in the processing of a product thought to be marijuana or hashish, Humphrey said.

Explosions were reported from inside the single-story building as the flames raged and sent a thick plume of black smoke into the air, according to the LAFD. About 150 firefighters fought the blaze.