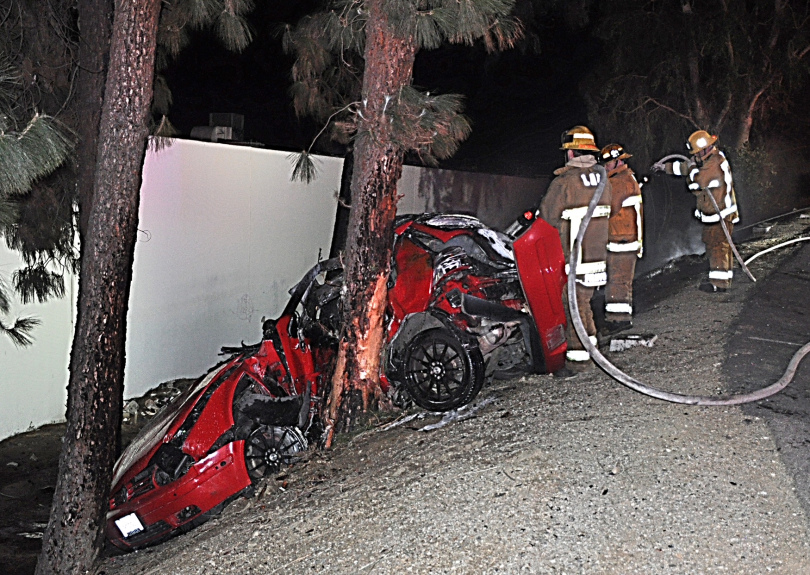 One person was killed in a fiery crash at the end of a pursuit in North Hills, it was reported Friday morning.

The crash occurred about 11:40 p.m. Thursday on the Roscoe Boulevard off-ramp from the northbound 405 Freeway, according to the California Highway Patrol.

The suspect was killed, ABC7 reported, adding a CHP officer was injured, but the extent of the injury was unknown.

The fire from the crash ignited some nearby trees and was quickly extinguished.

Details of what prompted the pursuit and the name of the victim were not immediately available.