Ex-Councilman Englander to be sentenced Monday 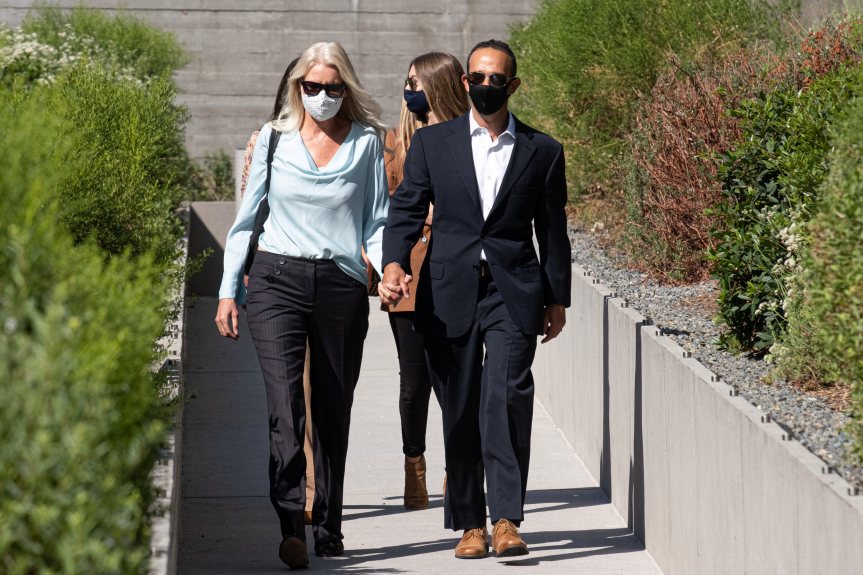 Former Los Angeles Councilman Mitch Englander, who pleaded guilty to obstructing an investigation into allegations of bribery at City Hall, is expected to be sentenced on Monday, Jan. 25.

Englander, 50, was the first public official to be arrested after the FBI agents raided Jose Huizar’s office in City Hall.

Englander’s arrest in March made headlines and shocked quiet neighborhoods of the northwest corner of the San Fernando Valley, which Englander represented from 2011 to 2018.

Englander faces up to five years in prison on one count of scheming to falsify facts, but federal prosecutors are suggesting a two-year sentence, three years supervised release, a $45,000 fine and hundreds of hours of community service as part of his plea deal.

Englander’s attorney, in the meantime, asked the court for three years probation, a $9,500 fine and no prison time.

But that doesn’t sit well with some CD-12 residents, whose communities Englander represented before he abruptly left his post in 2018 to join a major entertainment firm.

Englander was charged in March with obstructing a federal investigation into cash payments, and escort services that prosecutors said he accepted from a businessman, who sought to expand his business opportunities in the city during a 2017 trip to Las Vegas.

Former Councilman Jose Huizar, who represented downtown L.A., has been charged in the case and has pleaded not guilty. His trial is set to start on June 22.

In recent weeks, Englander’s family, friends and former colleagues filed letters of support on his behalf.

Actor Sean Penn, who met Englander in November 2018 during the Woolsey Fire, said Englander is “a good and caring man.”

“I know none of the details of Mitch’s case,” Penn wrote. “Only that he is contrite and embarrassed. I am writing from a different angle. I’m writing as a witness to the unique value a person like Mitch brings to people.”

Bernard Khalili, a fellow reserve officer and Los Angeles business owner, wrote that the former councilman “has lost his job, he has lost his reserve officer status — one of his most important accomplishments — and he experiences shame on behalf of himself and his family’s reputation and will have to live with this heavy burden for the foreseeable future.”

The former councilman’s attorney wrote that “Englander’s consulting business, which was premised on his political relationships, has been severely compromised and his reputation has been forever tarnished … He will forever be a ‘felon’ and that will impact him daily.”

But residents say allowing Englander to escape prison time would send the wrong message to the public.

Porter Ranch resident Craig Galanti said “it’s sad and disgusting” to know the second largest city government in the U.S. is “malleable by as little” as a weekend in Las Vegas, escort services and cash.

“Government is truly broken,” he added. “Impose term limits and take corporate funds out of politics. In Mitch’s case, an example needs to be made. Or where does this behavior stop?”

He added, “I feel bad for his wife and daughters but these are choices he made. I have to wonder if he considered the ramifications when he accepted cash in the men’s room of the casino. For the sake of those injured by his actions, let the penalty fit the crime.”

Jon Teboe, another CD-12 resident, said Englander deserves the maximum time allowed, adding that “he was a very bad councilman for us,” who did “very little to help residents and victims of the Aliso Canyon leak.

“It’s incredible but he had so much power and yet he’s accepting bribes in bathrooms in casinos so it’s just very disgusting,” he said, adding that if Englander is allowed to serve no jail time it’s going to be a “travesty of justice.”