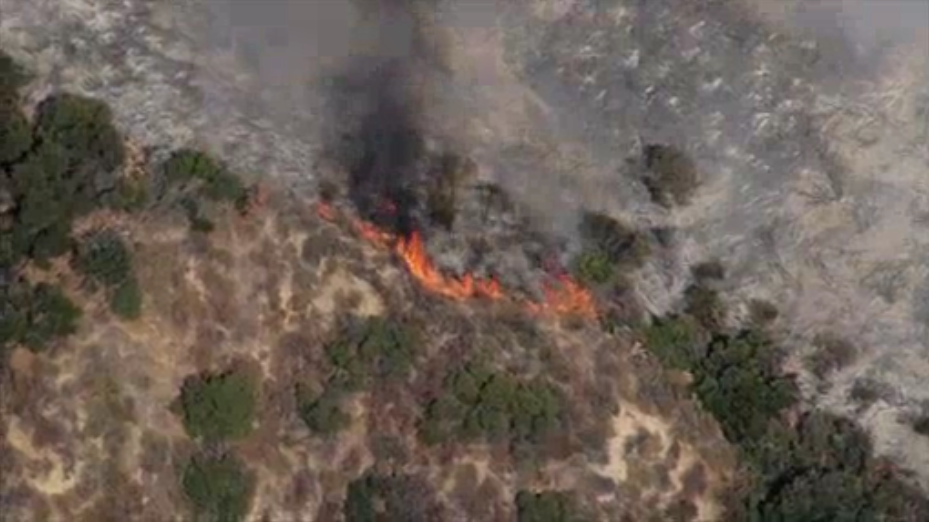 Evacuations were lifted Thursday night for a 51-acre wildfire that erupted on a mountainside in the Cleveland National Forest just south of Corona.

The non-injury “Skyline Fire” was reported about 4:40 p.m. along the Skyline Trail, less than a mile west of Foothill Parkway, well inside the forest, according to the Riverside County Fire Department.

The fire had scorched 51 acres and was 40% contained as of 8:30 p.m., according to the Riverside County Fire Department.

The agency said a full-scale deployment was ordered, with crews from Riverside County, Corona, the U.S. Forest Service and the Orange County Fire Authority converging on the location. Close to 300 personnel were deployed.

The fire was moving upslope and to the east in heavy vegetation, according to reports from the scene.

The fire was expected to burn through the night because of the inaccessibility of the terrain.

The cause of the fire was not immediately known.