Emmy nods, a return to the NBA and more in the week ahead 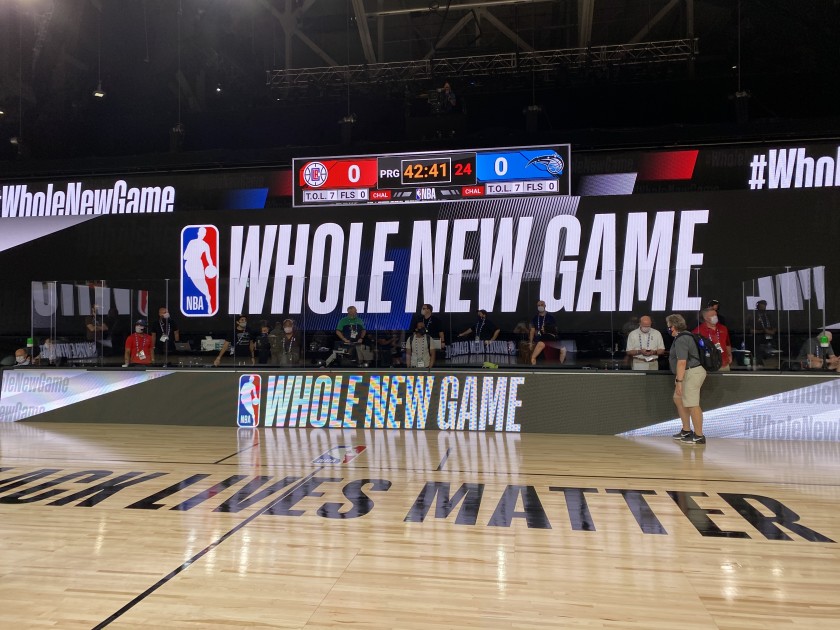 On Monday and Tuesday, Rep. John Lewis will lie in state at the U.S. Capitol. The civil rights icon and longtime Georgia congressman died July 17 at age 80.

The 72nd Primetime Emmy Awards nominations will be announced Tuesday. For industry-watchers trying to make sense of this pandemic-scrambled Hollywood awards season, I highly recommend subscribing to my colleague film and TV writer Glenn Whipp’s excellent newsletter, The Envelope. Think commentary, predictions and behind-the-scenes insights from the Emmys through the Oscars and everything in between.

On Thursday, the 2019-20 NBA season will resume from inside the “NBA bubble” in Orlando, Fla. Los Angeles’ two NBA teams, the Lakers and the Clippers, will face off against each other on Thursday. Curious about what life is like in the bubble? Check out Lakers beat writer Tania Ganguli’s dispatch from inside.

Also Thursday: In a reveal that will probably speak to the extent of coronavirus-related damage wrought on the U.S. economy in recent months, the government will publish the first set of GDP data for the second quarter of 2020. During the first quarter of the year, total U.S. output fell at a 4.8% annual pace — faster than at any time since the Great Recession.

And the NASA Mars 2020 rover, Perseverance, is scheduled to launch from Cape Canaveral on Thursday.

Friday is likely to be a newsy day on Capitol Hill. Dr. Anthony Fauci and CDC Director Robert Redfield are once again set to to testify before Congress on the coronavirus response, this time during a hearing on “The Urgent Need for a National Plan to Contain the Coronavirus.” Yes, that is really the official nameof the hearing.

That same day, the House Homeland Security Committee will hold a hearing on the threats posed by the Department of Homeland Security’s police actions in Portland, and the militarized police presence responding to protests in other U.S. cities.

As the nightly standoffs between protesters and federal agents continue in downtown Portland, more protests have proliferated in spots around the nation, sparked by anger over police brutality and by President Trump’s recent orders to send federal agents into cities to address said ongoing protests. Los Angeles police issued a citywide tactical alert Saturday night in response to protests downtown, where seven people, four of them police officers, were treated for minor injuries after scuffles between police and protesters. In Oakland, a fire was set at the Alameda County Superior Courthouse after a huge local rally on Saturday night.

Allegations of racist slurs and “blood money” mark a new low in the battle between the L.A. sheriff and county supervisors. The long-running feud between L.A. County’s most powerful leaders has intensified and become more personal in recent weeks, as they grapple with a pandemic-induced economic slowdown that has triggered cuts to the Sheriff’s Department and other county offices and the aftermath of the deputy killing of 18-year-old Andres Guardado, which has drawn national attention as leaders across the country are rethinking the role of police in communities.