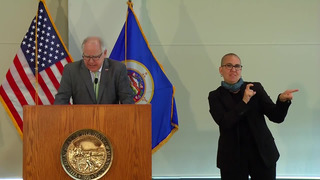 As protests against police brutality continue to roil cities across the U.S. in the wake of George Floyd’s death in Minneapolis, the El Monte Police Department is facing a lawsuit stemming from an alleged excessive force incident.

A group of residents say the encounter occurred on May 27. According to their attorney, the incident began when a car drove into a dead-end alley, crashed into a telephone pole and the suspect jumped over a fence.

Cellphone video of the incident shows what appears to be police officers hitting several people who were sitting on the curb. Several El Monte police vehicles then entered the alley a short time later.

The alleged victims say they there questioned by the officers and then beaten with flashlights and batons. The plaintiffs claim they said they were not involved in the crash.

They say residents of a nearby building corroborated their story. On Monday the plaintiffs and their supporters held a protest outside El Monte City Hall, where they filed a claim for damages against the city.

“When they first got there, they just told me to go sit on the curb,” Eric Garcia said. “So I complied, I sat down on the curb and some officer just came from behind me and so I looked back. Once I looked back, that’s when they hit me with the flashlight, over here and over here,” he said, pointing to his forehead and the top of his head.

The plaintiffs’ attorney, James P Segall-Gutierrez, said: “This culture of violence by law enforcement in the city of El Monte is prevalent and it needs to stop.”

Six people are filing claims in connection with the matter. Each one is asking for $1 million from the city.