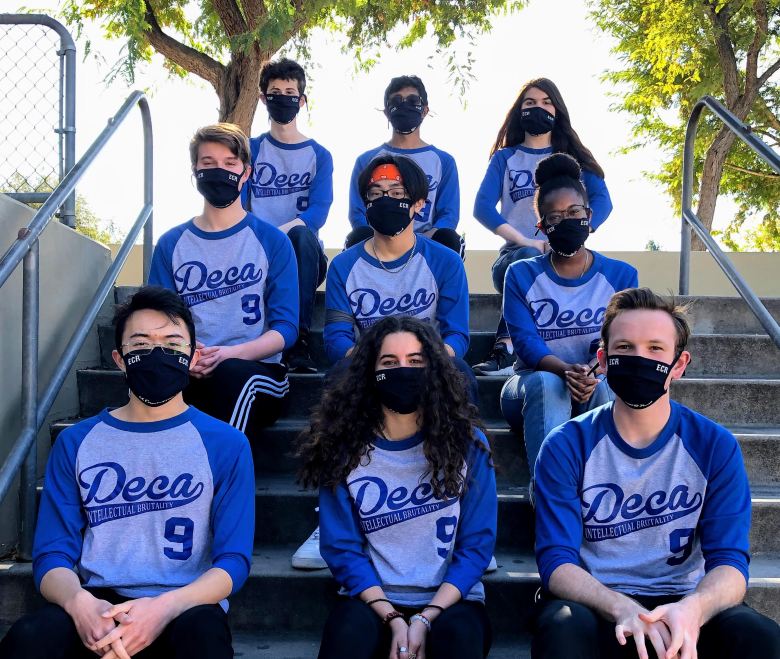 And they learned a whole lot about John F. Kennedy, Ronald Reagan and Mikhail Gorbachev in the process.

The nine-member team studied “The Cold War” — the decades-long political rivalry between the United States and the Soviet Union, and their various allies — and answered questions about the art, economics, literature, math, music, science and social history of the period.

The students were also judged on their essays, interviews and speeches, also focusing on international politics ranging from the late 1940s to 1991, when the Soviet Union busted apart.

The El Camino Real team racked up 41,845.7 out of 48,000 points to earn their online national title. Students on the team earned a total of 55 medals in various categories of the competition.

The team is coached by John Dalsass, Karen Evens and Stephanie Franklin.

Academic decathlon teams consist of nine students, all in 9th-12th grades. They are groups in trios, based on their grade-point average: