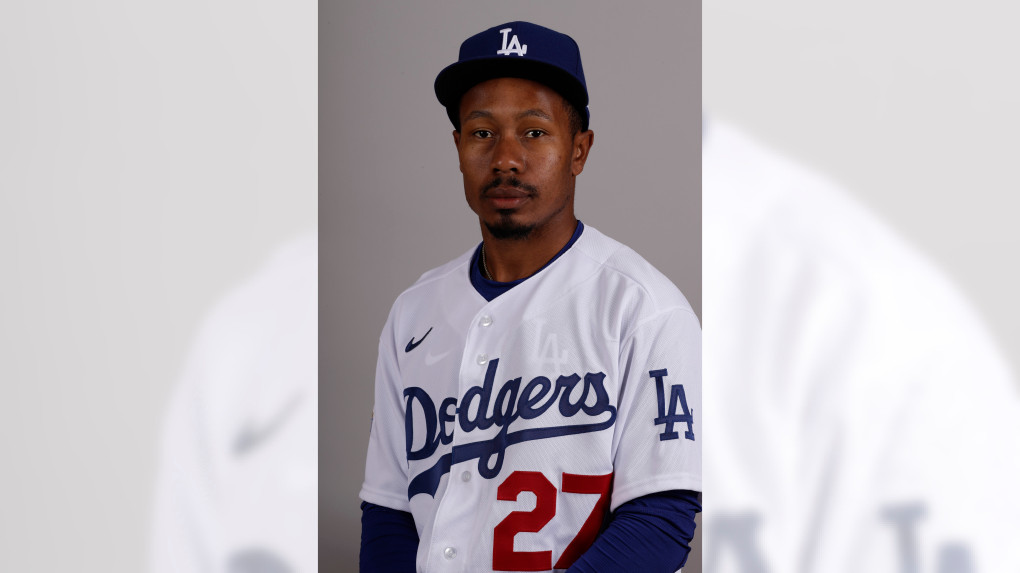 The Dodgers announced their 30-man Opening Day roster Thursday. Pinch running specialist Terrance Gore nabbed a spot. So did pitcher Dennis Santana, who beat out a pair of veteran right-handers for a spot in the bullpen.

For now, the Dodgers will have 16 pitchers and 14 position players at their disposal for their series against the San Francisco Giants at Dodger Stadium. The opener, scheduled for 7 p.m. Thursday, will be broadcast nationally on ESPN.

Players who did not make the Opening Day cut have no minor league games to play. Rather, they will work out at the Dodgers’ “alternate training site” camp at USC with other minor leaguers. That group includes AJ Ramos, the former Marlins closer who signed a minor-league deal in July and Edubray Ramos, another non-roster invitee who appeared in 173 games for the Phillies from 2016-19.

The final bullpen job went to Santana, 24, who has struggled in his brief major league career. With the Dodgers, Santana has allowed nine runs in 8 ⅔ innings over the last two seasons. But he turned a corner after moving to the bullpen at Triple-A last season, limiting opponents to a .211 batting average and only two home runs.

Gore, 29, has more stolen bases (40) than hits (15) in his unique career. He parlayed his speed into postseason jobs with the Royals, then the Cubs, after spending most of the season in the minor leagues. He’s made 61 career appearances as a pinch runner and didn’t crack a major league starting lineup until last season.

With the Dodgers, Gore’s role figures to be similar. They have the reigning National League MVP, Cody Bellinger, in center field. They have Mookie Betts in right field for the next 12 years. Joc Pederson and AJ Pollock are unlikely to be displaced in left field.

Gore might have gotten a boost from a rule that will place a runner on second base to begin the 10th inning of tie games. The rule is ostensibly designed to prevent marathon extra-inning games in a sprint of a regular season with few days off.

Right-hander Dustin May will begin the season at the USC camp after making an impressive roster bid of his own. He figures to be the team’s sixth starter behind Clayton Kershaw, Ross Stripling, Julio Urías, Alex Wood and Walker Buehler. Manager Dave Roberts said it’s possible May will piggyback Buehler’s start against the Astros next Tuesday in Houston.