Deputy shot in Lynwood, reported to be alert and breathing 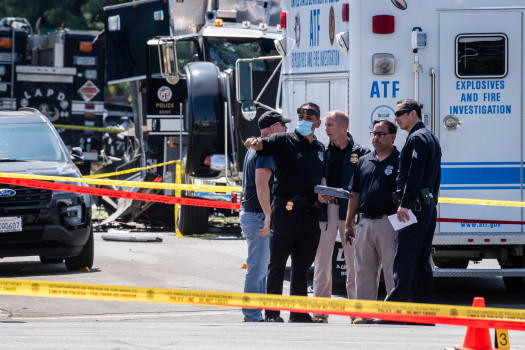 A Los Angeles County sheriff’s deputy was injured in a shooting in Lynwood on Monday evening, Aug. 30, the Sheriff’s Department said.

The shooting happened in the area of Lorraine and 112th streets, north of Compton and the 105 Freeway, around 7:15 p.m., said Deputy Michelle Sanchez, spokeswoman for the Sheriff’s Department. The deputy was reportedly “alert and breathing” after the shooting, Sanchez said.

The deputy was hospitalized after the shooting, which happened after units were called to the area on reports of a robbery, officials said.

LASD established a perimeter and launched a suspect search. Local media reports said a suspect was later captured after a pursuit and crash in East Los Angeles.