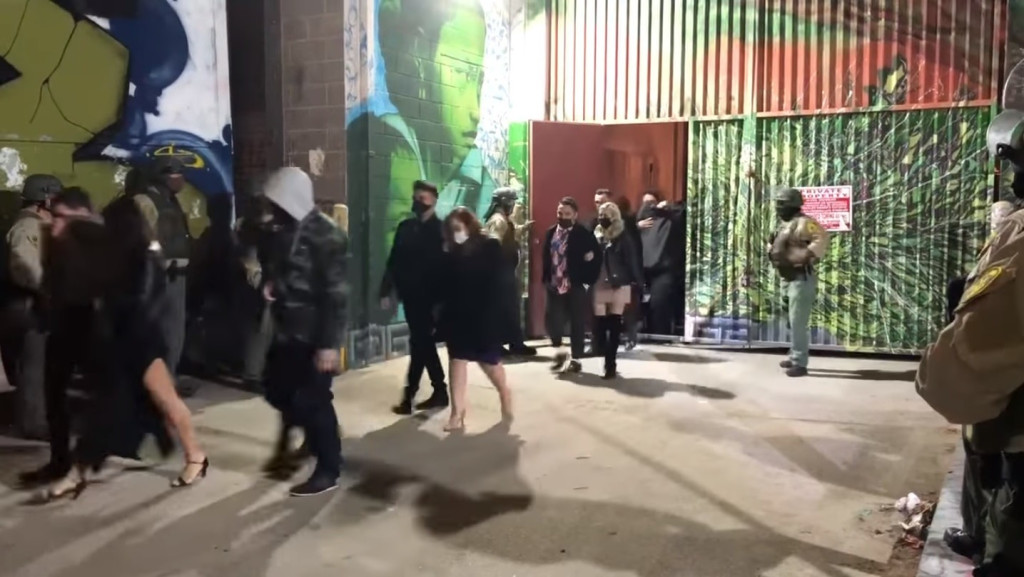 A total of 90 people were cited for violations of the county’s Safer At Home order, officials said. More than 900 people were warned and reminded of the latest precautions to stem the spread of COVID-19.

A large group of partygoers wearing dress shirts, evening gowns, blazers or high heels filed out of a commercial building in footage posted to social media by the Sheriff’s Department. Most wore face coverings as they left the building, although at least one was seen holding a scarf over his face in lieu of a mask.

“I have made it clear that we will seek out and take law enforcement action against all super-spreader events occurring anywhere within Los Angeles County,” Sheriff Alex Villanueva said. “The goal of these enforcement actions is to reduce the spread of COVID-19 and the risk to our vulnerable populations.”

Anyone with knowledge of a potential “super-spreader” event is urged to contact their nearest LASD station.

Five of the seven firearms collected by deputies on New Year’s Eve were taken from the gathering in Hawthorne, officials said. One person taken into custody that evening was suspected of possession of narcotics and a loaded gun.