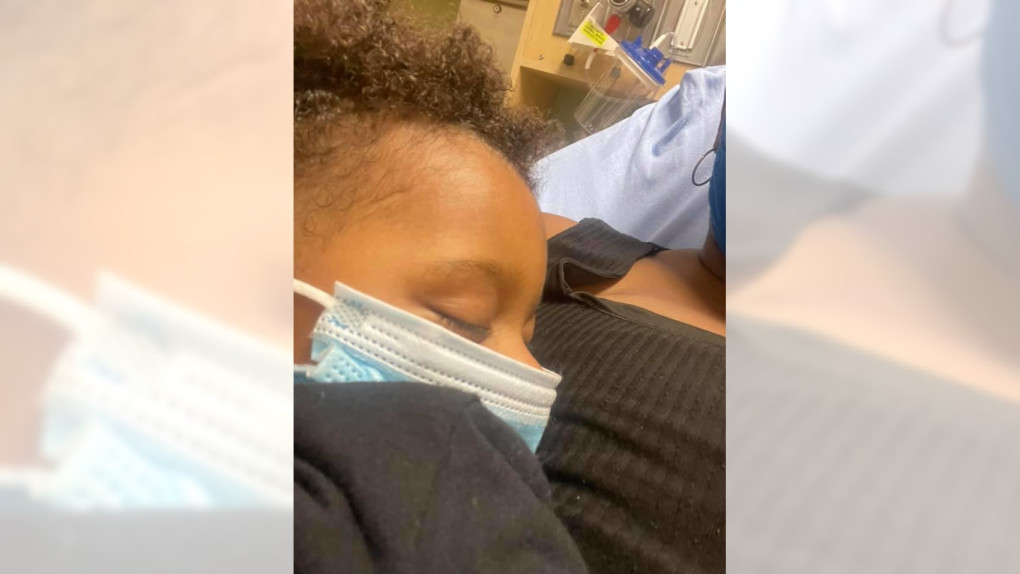 A coyote crept up on a group of children signing up for youth sports at El Cariso Park in Sylmar earlier this week and bit a 2-year-old boy, his mother said Thursday.

The incident was reported on the 13100 block of Hubbard Street at 8:48 p.m. on Tuesday, Los Angeles Fire Department spokesman Nick Prange said. Paramedics took the boy, who was suffering from the animal’s bite, to a hospital.

Emily Joseph, 36, of Lake View Terrace, said her three children were sitting in the area of the park’s baseball field when her 8-year-old boy noticed what he thought was a dog. They “didn’t think anything of it at first,” Joseph said. But moments later, the wild animal was within a few feet of her kids.

“I turned at the exact second when it jumped onto my 2-year-old, Lejend,” Joseph said. “He dropped and sort of rolled, and I think that saved him.”

The coyote bit Lejend just above his buttocks, Joseph said. It released its grip on the boy as his brothers approached, but didn’t immediately run away, Joseph said.  The children shouted and gestured at the animal to scare it off.

Meanwhile, the boy was left crying with an open wound on his backside, Joseph said. He required stitches and injections of the rabies vaccine and antibiotics.

Joseph said her children have played football at El Cariso Park for the past six years, and they had never noticed a coyote, or signs warning of their presence, during that time. She now has reservations about letting her kids return, but said she will allow them to participate in this year’s season.

Lejend has been in good health since the attack, but has has shown signs of trauma since he was bitten.

“He makes this face whenever he sees a dog now,” Joseph said. “And then he falls and rolls like he did at the park.”

Joseph said park officials told her three coyotes were captured since Tuesday. They told her it was unclear if any were the one that bit her son.