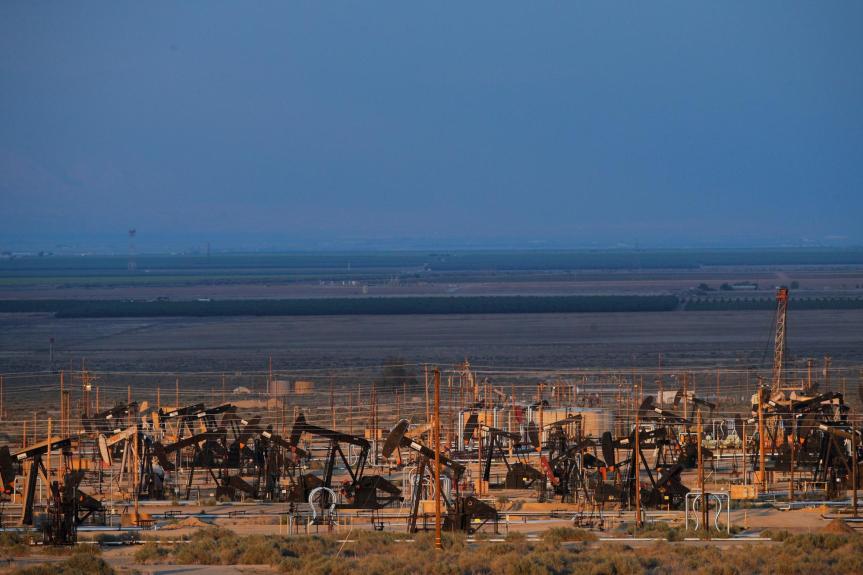 California denied 21 oil drilling permits this week in the latest move toward ending fracking in a state that makes millions from the petroleum industry but is seeing widespread drought and more dangerous fire seasons linked to climate change.

Aera Energy, a joint venture Shell and ExxonMobil, called the permit denials “disappointing though not surprising.”

“This is the latest decision attacking the oil and gas industry that is based solely on politics rather than sound data or science,” Aera spokeswoman Cindy Pollard said Friday, adding that the company was evaluating its legal options.

“Banning hydraulic fracturing will only put hard-working people of California out of work and threaten our energy supplies by making the state more dependent on foreign oil,” she said.

“In the face of the effects of the climate emergency, the risks to everyday Californians are too high to approve these permits,” Ntuk said Friday in emails to the Bakersfield Californian and the San Francisco Chronicle.

Gov. Gavin Newsom applauded the move, his office said. In April, Newsom directed the state’s Geologic Energy Management Division, or CalGEM, to develop a plan to stop issuing new fracking permits by 2024 after a measure to ban fracking died in the Legislature.

Newsom also has ordered the California Air Resources Board to figure out how the state can end all oil production by 2045. Those decisions would make California the largest state to ban fracking and likely the first in the world to set a deadline for ending oil production.

Still Newsom, who is facing a recall election in September, is treading a risky path. California is the seventh-largest oil-producing state, with more than 60,000 active wells. CalGEM has approved 100 new oil well-drilling permits and a dozen new fracking permits this year, according to state records cited by the Chronicle.

The industry directly employed about 152,000 people and was responsible for $152.3 billion in economic output, according to a 2019 study commissioned by the Western States Petroleum Association.

Even though oil production fell last year to its lowest level in state history, the industry retains plenty of political pull.

“The attack on oil must end,” Grove said. “A California without oil is an implausible dream being pushed by progressive politicians. The governor should protect quality careers and vital tax funding while ensuring Californians have access to affordable and reliable energy.”

Newsom should “instruct his agency to deny all new oil and gas permits immediately,” said a statement from Alexandra Nagy, California director for the nonprofit group Food and Water Watch.

“Incremental steps are not enough to protect Californian communities and our climate, or save our scarce water resources from drilling operations that usurp them,” Nagy said in a statement.