California got impatient. Now it tops New York for most coronavirus cases 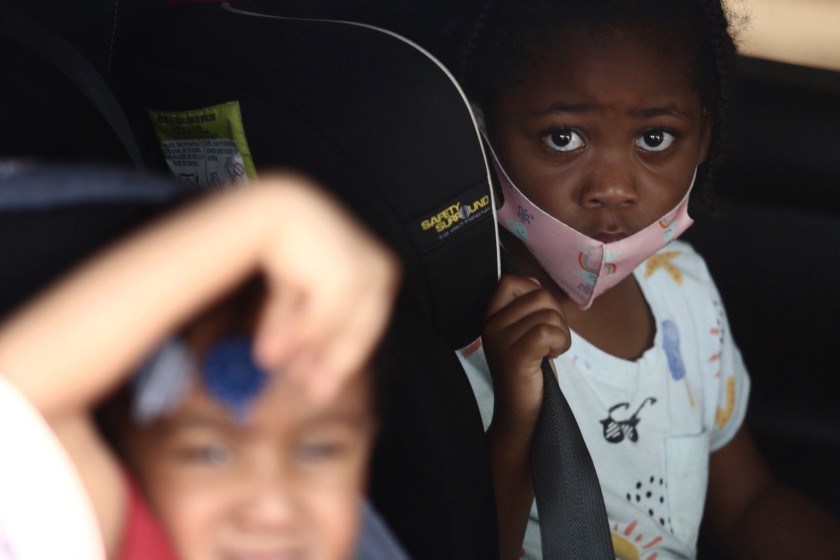 California recorded some of the first COVID-19 cases in America and the country’s first known death, in what would become a worldwide pandemic. It responded with the nation’s initial stay-at-home order. Now, the Golden State claims another dubious distinction: more confirmed coronavirus cases than any other state.

California is No. 1 in part because it is the most populous state but also because millions of residents have been unwilling, or unable, to practice the social distancing and mask-wearing that public health experts say are the best measures to keep SARS-CoV-2 somewhat in check.

“I think we started to exit shelter-in-place sometime around Memorial Day both emotionally and physically. And we are paying the price for that,” said Nicholas Jewell, a biostatistics authority at U.C. Berkeley. “It’s like we should be tip-toeing out on the ice. What we did, instead, was all run out on the ice, some not too cautiously. And a lot of people fell through the ice.”

It wasn’t so long ago that New York Gov. Andrew Cuomo was being pummeled for his state’s slow response to the pandemic, while California seemed to have dodged disaster with its early action.

But the tables have turned and the disease’s onward march here showed no sign of slowing Wednesday, as Gov. Gavin Newsom reported that 12,807 cases had been logged in the previous 24 hours. That marked a new record high for California and pushed the pandemic total to 413,576.

“It’s just another reminder,” Newsom said, “of the magnitude of impact that this virus continues to have.”

Though it passed New York in the total number afflicted, California (at nearly 40 million residents, more than double the population of the Empire State) has tallied just over 8,000 deaths from COVID-19, less than a third the death toll in New York.

As in other states, som e of California’s biggest outbreaks have been in elder care facilities, prisons and meatpacking plants. But the disease has spread to places without such confined spaces, such as Mono County, where restaurant workers have been among the most commonly afflicted.

New York City saw intensive-care wards overwhelmed and morgues deluged with bodies, as fatalities spiked at about 800 a day. Those scenes of suffering continue to epitomize the threat from the novel respiratory illness in America. Even with recent increases, California has not seen its intensive care system overwhelmed. The deadliest day for COVID-19 came on July 8, when 149 people died.

New York’s spring crisis should remain a cautionary tale for Californians, said Dr. Grant Colfax, director of public health for San Francisco. He said the emergency in New York revealed “how bad the pandemic can get and how rapidly it can get bad.” It should also put the Golden State on notice that even a sophisticated, well-financed healthcare system can become overwhelmed.

If the cases in the Bay Area continue to rise, “it is plausible we could get in the New York situation in the late summer or fall,” Colfax said.

But New York’s experience also confirms that upticks in COVID-19 can be reversed with a concerted public effort. “I just hope we can do that before a massive surge,” Colfax said. “New York unfortunately had to do that after a massive surge.”

“In New York, everyone knew someone who had COVID,” Leung added, while many Californians still know of the disease only secondhand and thus lack “the emotional driver they had in New York.”

Leung said the Riverside health system has had to expand its intensive care capacity from 36 to 54 beds because of the influx of patients. Physical space is easier to provide than the emotional resilience of healthcare workers, several physicians said.

“The concrete that makes a hospital won’t wear down. But humans wear down,” said Dr. Armand Dorian, chief medical officer at USC Verdugo Hills Hospital. “My most difficult commodity to maintain is my front-line workers. How are we going to replenish these people or give them a break? That’s an issue we don’t discuss enough.”

Climbing hospitalization numbers represent one of the “downstream” impacts of increasing infections. They reached a new high this week — with 7,170 hospitalized statewide as of Tuesday. More than 2,000 of those patients occupied intensive care beds, according to the state Department of Public Health.

The death toll also continues to climb, with 674 fatalities for the week that ended Monday, the highest seven-day total to date. That number broke the record set in the previous week, when 640 died. The week before that, COVID-19 deaths numbered 474.