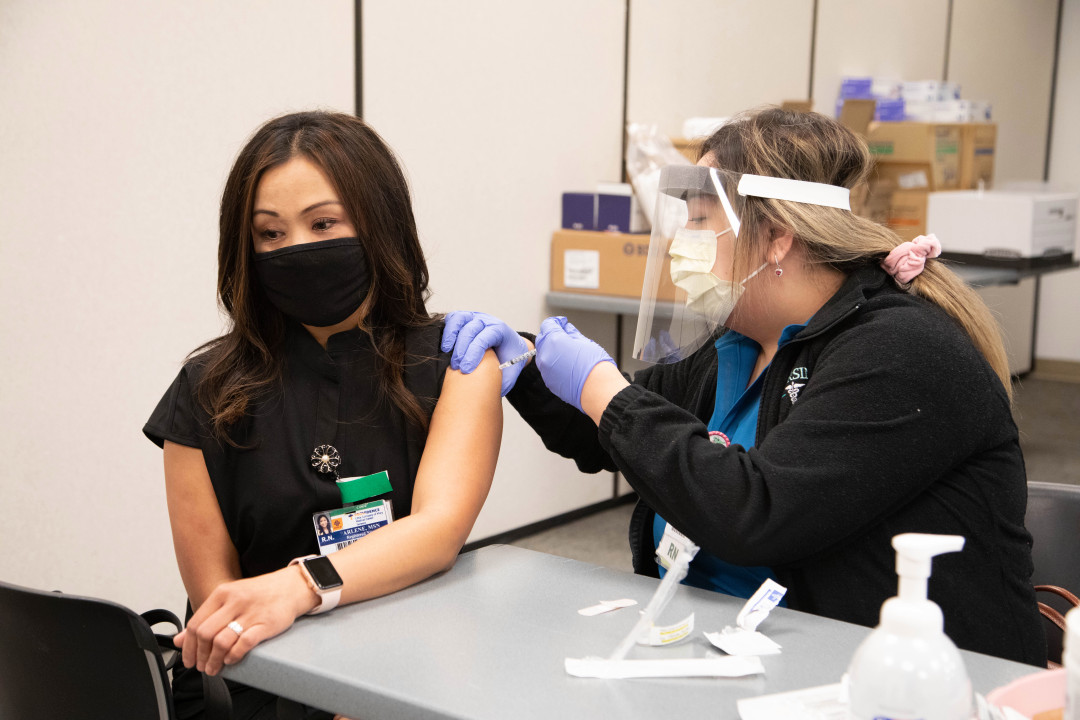 Hospitals across Los Angeles County were being pushed to the brink on Thursday, Dec. 17, as the number of patients admitted with the coronavirus reached 5,100, based on a state dashboard that reports the number a daily earlier than the county.

Southern California as a whole was down to 0% available ICU beds — a chilling metric that bottomed out Thursday after steadily declining  for more than a week — though hospitals were adapting with surge planning and increasing the number of patients that nurses can treat at one time through waivers granted by the state.

Hospitalizations in L.A. County have nearly doubled from two weeks ago, now with more than 1,000 patients in Intensive Care Units and 1,000 more expected within weeks. The state also showed on Thursday 338 Intensive Care Unit beds were available countywide.

Health care facilities everywhere are activating surge plans, which include in many cases hospital beds in parking lots and hallways.

“People don’t realize how bad this is,” she said. “If the hospital can’t take care of people — and we’re fast approaching that inability — it’s a terrible situation for the community.”

With the daily numbers on Thursday continuing at these levels, now on average more than 13,000 per day, the amount of people seeking hospital care will only stand to increase, possibly by a lot. Officials say roughly 12% of cases turn into hospitalizations, and they commonly report that admissions lag about two to three weeks behind case numbers, deaths about two weeks after that.

“Each day we’ve managed COVID patients, but what was very notable this past weekend was that our bed space was limited and we had to board patients in the Emergency Department,” Whitfield said. “We just don’t have the staffing or the bed space to care for them. It backs up the amount of time we have to keep them in the ED.”

While vaccines continuing to roll out among health care workers offered a light at the end of the tunnel, they would by no means help subside the ever-growing wave of new patients that continue to flood hospitals throughout the region.

Wednesday saw the highest number of daily new cases and deaths yet with the ongoing surge expected to result in a demand of more than 1,000 additional ICU beds in L.A. County, officials said Wednesday.

Thursday’s numbers did not include any new cases or deaths from Long Beach or Pasadena, which both maintain their own health departments. Long Beach separately reported four additional deaths and 993 new cases bringing the city’s death toll to 310 and its rate of infection to the highest levels yet with 100 new daily cases per 100,000 residents. Pasadena reported three additional deaths (142 total) and 201 new cases (5,271 total).

“Although this is a turning point in our fight against COVID-19, our staff will continue to employ other proven prevention methods such as wearing masks and gloves, maintaining physical distance from others, washing hands frequently and avoiding crowds,” Dr. Richard V. Riggs, Cedars-Sinai’s chief medical officer, said in a statement. Cedars serves as one of nine main distribution hubs for the vaccine.

At Providence Little Company of Mary Medical Center in Torrance, Registered Nurse Arlene Kidakarn received one of the first doses of the Pfizer coronavirus inoculation to reach the hospital Thursday, Dec. 17.

With a small prick and a tiny sting, she would soon be protected against getting sick from the novel coronavirus.