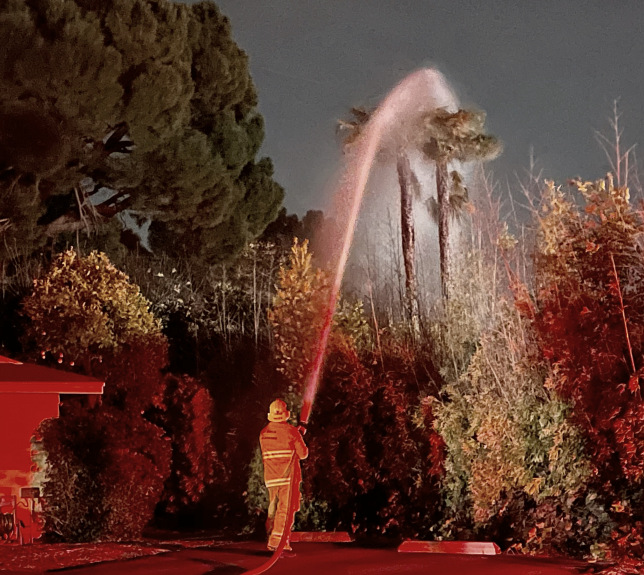 Los Angeles firefighters responded to a report Friday night of multiple palm trees on fire and threatening homes in Northridge.

Four palm trees were on fire on the 9000 block of Balcom Avenue, exposing several homes to flames, said Margaret Stewart of the Los Angeles Fire Department.

It took 44 firefighters 23 minutes to knock down the flames, Stewart said.

No injuries were reported, and no structures were damaged, she said.